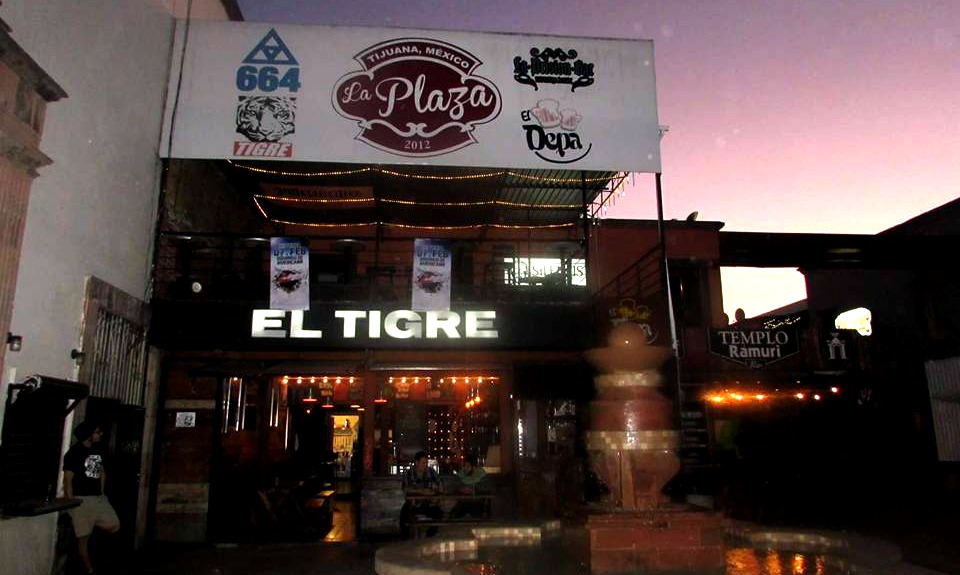 With San Diego sitting atop the craft beer throne (Sorry, Portland), it’s not surprising that our dear friends across the border have also been brewing up their own delicious, craft beer. That’s right, Tijuana is in the middle of a craft beer and gastronomic boom. TJ has long been known for being the place for 18 years olds to get blindly drunk while cheap Tequila is poured down their throats by some dude at Coko Bongo on Avenida Revolucion. However, in the last 5 years, not only has a thriving gastro-district emerged, but Tijuana has also become a city known for its high-quality and creative, craft beer.

We recently had the pleasure of heading down to Plaza Fiesta, in Tijuana, where 9 (and growing) craft beer tasting rooms reside along with a plethora of other craft beer bars. Plaza Fiesta was, until recently, a cluster of night clubs and punk rock bars known for their booming music and cheap drinks. How did the craft breweries begin their invasion of the Plaza? Tijuana is a notoriously hard city in which to get a liquor and beer license and a loophole was found at Plaza Fiesta. Since the walls and structures in the Plaza are somewhat less than permanent, craft breweries began “sharing” the clubs’ liquor licenses and pouring out of their back rooms.  This basically allowed these narrowly connected businesses to operate under a single liquor license. Over the last year or so, these bars began getting busier and busier with craft beer drinkers and not only did the breweries set up their own, more permanent, tasting rooms, but the bars themselves started serving all kinds of craft beers from Baja to American brands. Now, when heading down to Plaza Fiesta, there are more craft beer tasting rooms and bars in one spot than anywhere else in Tijuana.

We drove down to TJ from San Diego on a recent Friday night and parked in the Cinepolis parking lot at the Plaza Rio. This large, guarded parking lot is a great place to stash your car if you are driving, but another easy way to do this would be to Uber down to the border, walk across and then Uber or taxi to Plaza Fiesta. That skips out on the driving altogether and allows you to take full advantage of all the cross-border, craft beer love. Once parked, we walked across the street to the bustling craft beer gallaria and hit up Cerveceria Insurgente for our first beers of the night. Their tasting room is hipster-cool with exposed brick painted over in white and a thumping beat from music that holds strong to its TJ club roots. Their delicious Witbier with cayanne called, Tiniebla, was a great way to kick off the night.  Their small tasting room is attached through the back door to Paralelo 28, a craft beer bar and brewery right underneath Cerveza Fauna, yet another tasting room. From there we hit up Border Psycho which had a delicious double IPA called Perversa and definitely had the most creative tap handles of the night…

Other tasting rooms that should be visited are Templo Ramuri, Mamut, Madueno, Cerveza Legion, Ludica and Silinius. With more tasting rooms and craft beer bars popping up all the time in Plaza Fiesta, this list will be growing and we can’t wait what it will looks like a year or two from now. Also, keep an eye out for future collaborations between Thorn Street Brewery and a Baja craft brewery…that’s all we can say for now, but we are extremely excited for the future, cross-border brew!

Finally, you can’t go to TJ without getting some of the best street tacos…anywhere. To be fair, most of the taco carts and shops are delicious, but on this trip we were introduced to Tacos El Franc, and their adobada street tacos have been haunting our dreams ever since. This place was packed at 10 pm with families and locals. You usually have to wait for a table in this bustling taqueria, but they turn over fast and the service is quick. It’s only a short walk from the Plaza, so it’s a perfect intermission when craft beer tasting at the Plaza.

So, start planning your cross-border beer adventure today! Grab a few friends and head down on a Saturday, or, if you would rather have a guided trip in TJ or beyond, you can book a private tour through  Jaunt, a local company that specializes in customized tours, or Let’s Go Clandestino, a Baja tour company specializing in craft beer and craft food destinations.