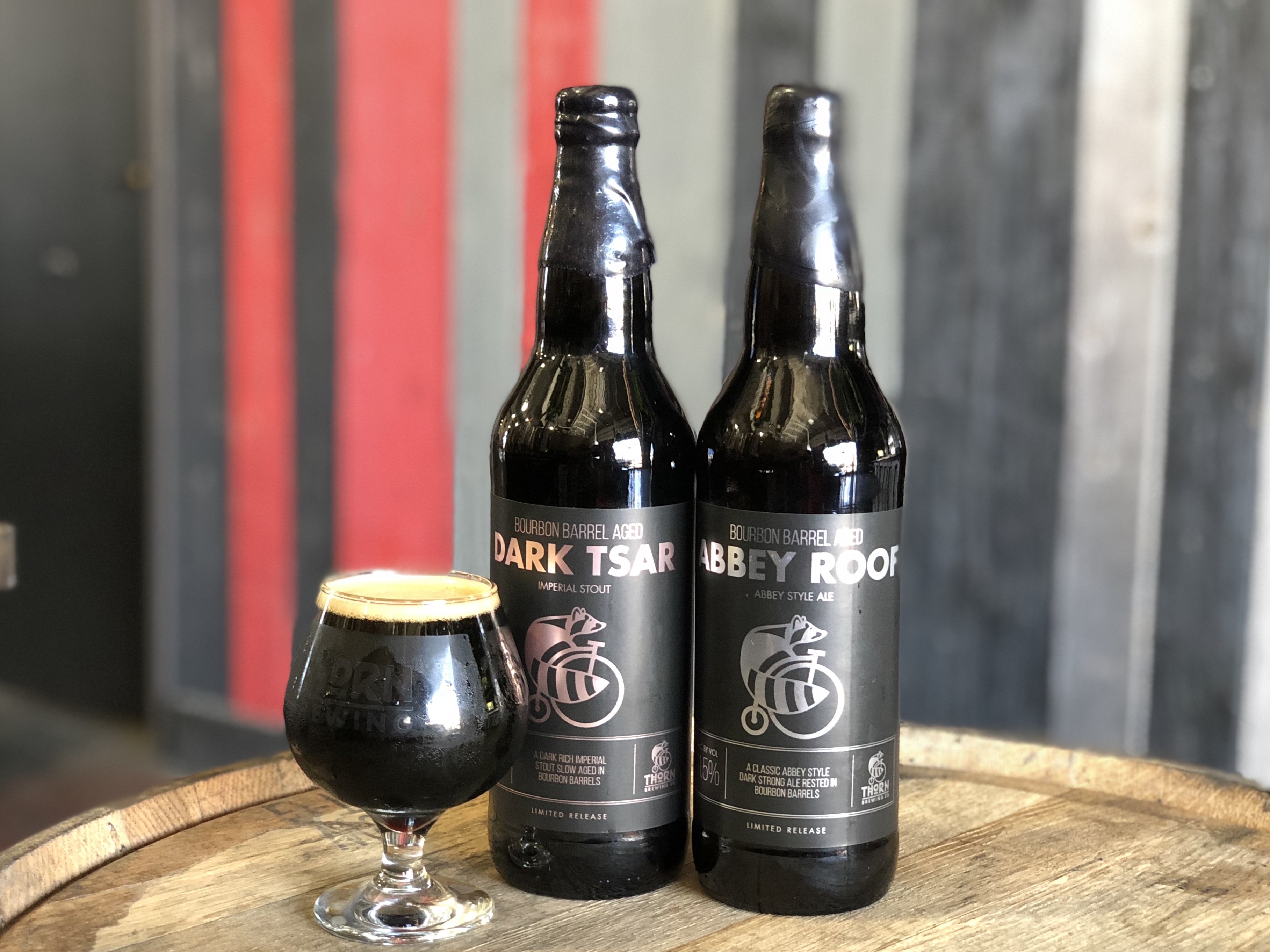 Barrel-aged beers are all over the craft beer scene and with good reason. Delicious, deep, and dark, just like your secrets, barrel-aged beers are a lovely addition to any brewery’s portfolio. They definitely aren’t for everyone, however. Someone looking for a light, refreshing, hoppy beverage isn’t going to find those characteristics in a barrel-aged beer, but they will find a sultry, rich, taste-explosion that is created by the use of wood barrels and their influence on the beer housed in them.

While aging beer in barrels is nothing new to the beer scene, using bourbon barrels is something that has jumped to the forefront since the mid-90’s. By most accounts, the first brewery in the U.S. to use bourbon barrels to age their beers was Goose Island. Now, if you are a follower of this blog, you know that Goose Island is owned by AB InBev, and in fact was one of the first craft breweries bought by big beer back in 2011. But one thing is for sure, their Bourbon County brand not only paved the way for hundreds of other breweries to follow the bourbon-barrel train but is also still killing it in this niche market.

Barrel-aging has always imparted flavors into beer but bourbon barrels are something special. First, wood gives off chemical compounds that will be absorbed into the beer. Lactones, organic compounds in the ester group help impart a floral aroma and flavor. Phenolic aldehydes give off vanilla and the simple sugars in the wood help bring out caramel notes from the beer. In the start of its barrel-journey, the beers will absorb strong vanilla and caramel flavors as well as the leftover flavorings of the bourbon that used to live in that barrel. The cool thing is that over time, the beer becomes one with the barrel, in a way. It soaks deep into the staves before being pushed back out which helps it to absorb not only the rich flavors of the previous spirit but also the wood itself. That’s one of the fun things about bourbon barrels. It’s a bit like wild yeast, you don’t know exactly what you are going to get from the cocktail of compounds in the barrel.

There are a few major factors that are at play when one thinks about barrel aging a beer.

While brewing is all about experimentation and probably all styles of beer have been aged at one time or another with varying degrees of success, beer best suited for barrel aging is strong, dark and of high alcohol content. Any beer that counts on “freshness” as a flavor (sorry IPAs) wouldn’t be a good fit. But this does make Imperial stouts and Belgian strong ales great candidates. For Thorn’s first barrel-aged bottles we used an Imperial Russian Stout and a Belgian quad ale. Both of these beers can stand up to the flavors that are imparted by the bourbon-barrel and they only get better as they get older as freshness is not really a huge factor in either of these beers when aged appropriately.

While most any barrel can be used to age beers some are better than others. This time around we are using bourbon barrels from Four Roses but previously we have aged beers in red wine barrels that made delightful sours like our Carneros Crush Sour. While bourbon barrels are the most popular to use because the flavors of bourbon already play well with the flavors of most dark beers, there is a rise in popularity of using tequila barrels to age beer too. Most barrels used to age liquor and then beer are made of white oak. Oak is an incredibly strong wood and also imparts flavors that work with liquor and beer.

How long beer is barrel-aged for is really dependent on what the brewer is trying to achieve, flavor-wise. Beer can be aged for as little as 1-2 months if wood and bourbon notes are the goal while aging for 6-12 months will bring out the deeper floral and vanilla notes from the barrel. The more time in the barrel the more time the beer gets to soak into the staves of the barrel and during temperature changes, this becomes really important.

Temperature is a crucial factor in barrel-aged beers. While conventional barrel-aging wisdom says that it’s ideal to keep barrels at a constant temperature between 55-60 degrees, that’s not necessarily the case for many barrel-aging programs. Variations in temperature will make the wood contract and expand which helps in the staves absorb and extract the beer throughout the aging process, lending all the delicious flavors that we know and love. In fact, many breweries, including Thorn don’t use any temperature controls in their barrel warehouse precisely to get the substantial temperature swings provided by the natural climate.

We are releasing our first bottled, barrel-aged beers on July 29th and are throwing a party to celebrate! Not only can you come and pick up a bottle of both the barrel-aged Dark Tsar Imperial Stout and the barrel-aged Abbey Roof Abbey-style ale, but you will be able to taste these two beers as well as three other barrel-aged beers that we have had cooking in the back over the last year. There are only a few tickets left for our VIP experience where you get two bottles, a glass, a guided tasting through all five of our barrel-aged beers, BBQ lunch, brew tour and $5 beers the rest of the day (which is a smoking deal for barrel aged beers). Or just stop by and taste through the beers, listen to live music, enjoy food from the Meat Locker BBQ and grab a couple of bottles to go. For more info on the event head to Eventbrite or the Facebook event page.