Beer for Breast Cancer: Chickity-Check Yo Self Pale Ale 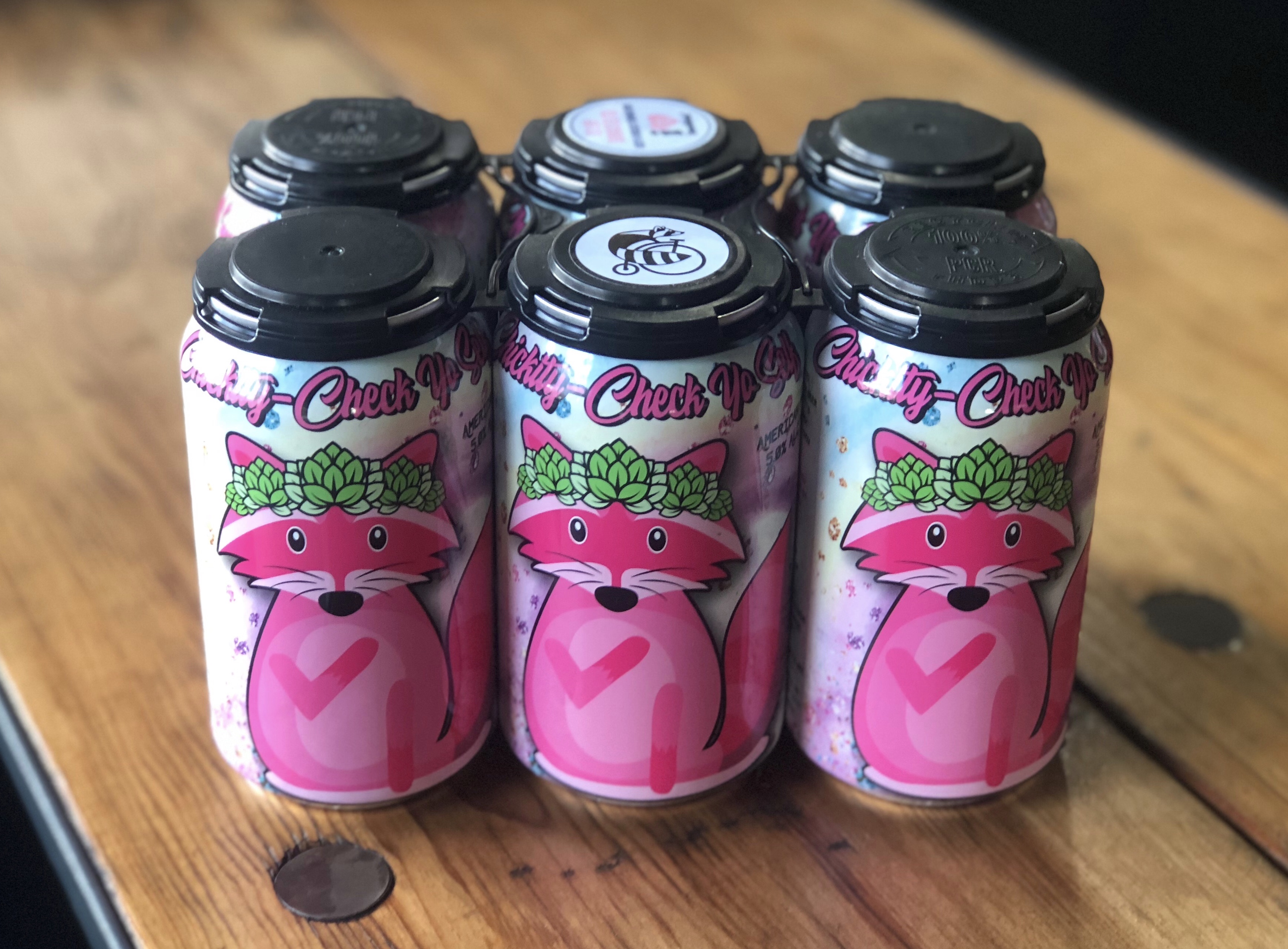 We are excited to announce the release of a very special new pale ale, Chickity-Check Yo Self. Just as important as it is to check the date code on your beer cans to ensure freshness, it’s even more important to check yourself regularly and to know your body. With 40% of diagnosed breast cancers being detected by women who feel a lump, early detection is key.

Chickity-Check Yo Self Pale Ale (5%) was brewed in collaboration with Melanie Pierce, the founder and heart and soul of Brewbies. The Brewbies Festival was founded in 2010 to raise money for Keep A Breast Foundation and also highlight the positive impact of the craft brewing community. For their 10th anniversary of the festival, she wanted to go with a sessionable beer with notes of citrus and pine from the use of Simcoe, Chinook, and Centennial hops. Also, in keeping with Brewbies tradition, hibiscus was added to the brew for a pink hue in the finished beer.

Our Head Brewer, Doug Pominville, was passionate about creating and brewing this beer. “We all have someone important in our lives that has been affected by cancer,” he shared recently. “Both of my grandmothers fought the good fight but in the end, both of them were taken away by the big bad. This charity festival is very near and dear to my heart and a portion of all the proceeds from this beer will benefit the Keep A Breast Foundation. Please join me in raising a pint for all of our loved ones who are battling, those who have won, those who have lost the fight and yell, f*ck cancer!”

Thorn Brewing Co. and Brewbies are proud to partner together to support our community with this limited edition beer. Available in both cans and on tap, $1 per six-pack and $1 per pint will be donated to Keep A Breast Foundation.

Brewbies was born and raised in San Diego craft beer, a community of brewers renowned for more than just their unrivaled creativity, commitment to excellence, and superior standards – this is a group that is also respected for their camaraderie, friendship, and support of one another. These qualities are not only the foundation of craft beer in San Diego – a global movement considered by many to have begun right here in California – but the very reasons this incredible festival continues nine years later and is thought of as one of the most successful events of its kind anywhere.

And, it’s no secret that beer has the power to bring people together:  that was the intention, all the way back in 2010 – to bring good people together for a worthy and important reason. Since day one, nine years ago, 100% of the proceeds from Brewbies have been donated to the Keep A Breast Foundation, to support their many impactful education and awareness programs, to help all people be more aware of the health of their body, and reduce or eliminate their risk of developing cancer.

Brewbies has managed to raise more than $450,000 for Keep A Breast Foundation as well as support programs.

More on Keep A Breast Foundation (from their website)

Over a decade ago, KAB’s founders, then involved in their own arts organization, rallied to support a friend with breast cancer. They developed an idea to express the female experience of breast cancer by reimagining the traditional canvas as a participatory sculpture. After some experimentation and partnerships with the right people, they developed and tested a technique for capturing the female bust in a plaster. The result was a white cast that was then customized by artists. The success of these breast casts as conversation starters, awareness builders and fundraising tools ultimately leading us to what is now the non-proﬁt The Keep A Breast Foundation.

Now there are Keep A Breast Foundations all over the world and they even have their own app which reminds women to do a monthly breast exam to help with early detection. In 2018 alone, 67,000 women downloaded the app. Download the app here.