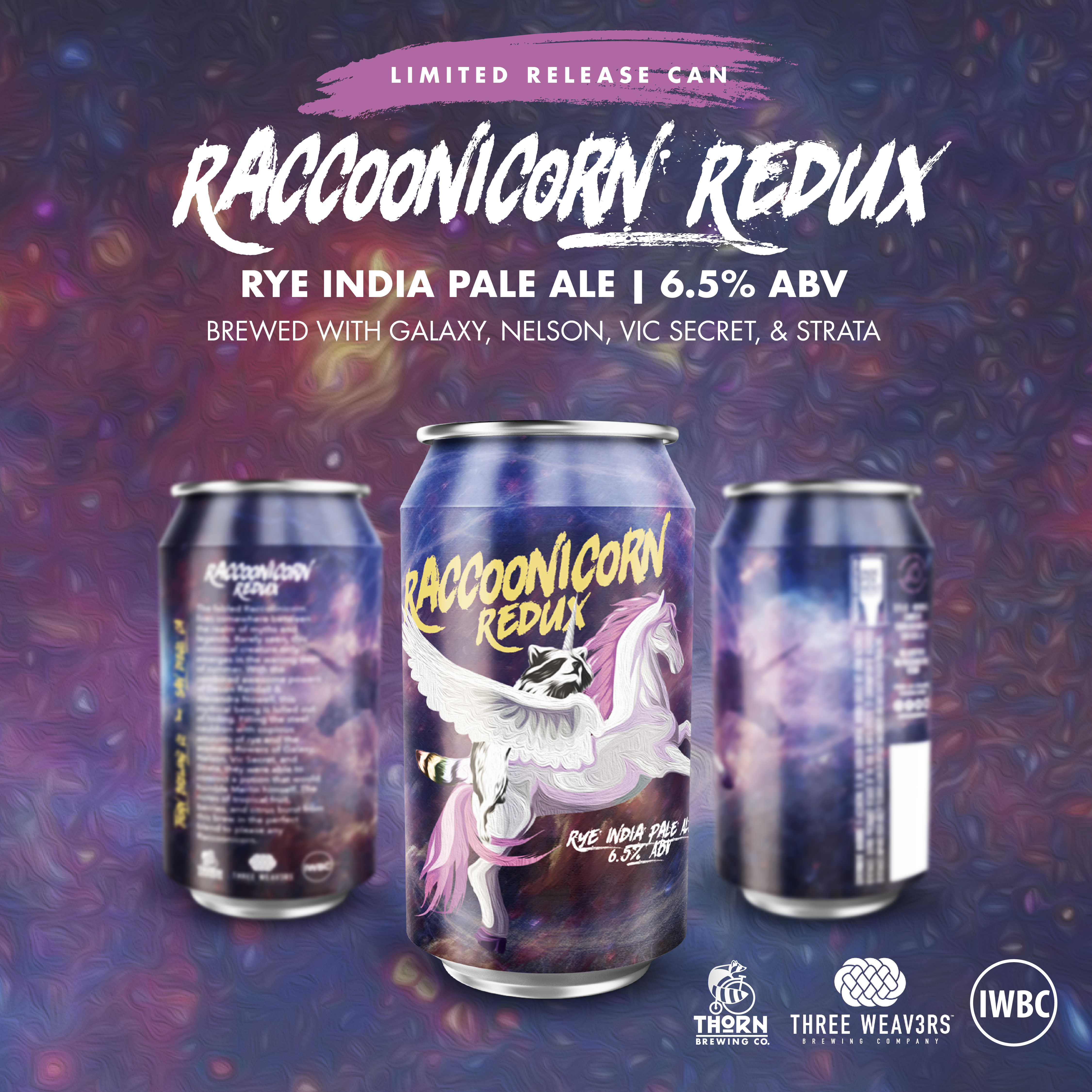 The fabled Raccoonicorn lives somewhere between the realm of myths and legends. Rarely seen, this whimsical creature only emerges in the waning days of summer. With the combined awesome powers of Devon Randall & Alexandra Nowell, this mythical being is lulled out of hiding. Filling the steel cauldron with copious amounts of rye and the aromatic flowers of Galaxy, Nelson, Vic Secret, and Strata, they were able to concoct a potion that would humble Merlin himself. The notes of tropical fruit, berries, and citrus burst from this brew in the perfect blend to please any Raccoonicorn.

Join us on Saturday, August 24th to celebrate this mythical creature’s favorite brew at Thorn Barrio Logan starting at 12pm!