In the last couple of weeks, North County San Diego has been hit by a string of burglaries that have targeted local craft breweries, meaderies, cideries, a winery and a couple of craft beverage purveyors. So far, it sounds like more than 16 spots have been broken into with most of them having their cash boxes stolen whether there was anything in them or not. The perpetrator is fast, reportedly in and out in less than a minute, and seems to know where the targeted cash boxes are, suggesting that he possibly has been inside the breweries before or has cased them from the outside. The brazen cash-box-grab is shocking and unsettling for the SD brewing community and we are hoping that by spreading the word, someone will know something that will help catch this POS.

This list of spots that were broken into and/or robbed was compiled by a local Facebook beer group and the Coast News:

Additionally, info from industry insiders reported four more breweries and tasting rooms in the Temecula/Murrieta were hit. While, so far, police haven’t confirmed that these are all related, it’s hard to think they aren’t. Especially when security camera footage shared with NBC News by many of the breweries that were hit show a person with a similar build in similar clothing. Additionally, one of the breweries reported that they found a white Jeep in their camera’s footage that came and went right around the time of the break-in which matched up with the type of car spotted by another brewery that had been hit.

The most recent brewery that fell victim is Double Peak Brewing in San Marcos which opened at the beginning of this year. They posted this pic of the break-in on their Instagram profile yesterday along with this text:

The brewery bandit strikes again! We had a break in at 2 am this morning from the same scumbag that’s been hitting up several breweries around town. He broke a window, crawled in, and went straight for the empty cash register. We assume he scoped it out the night before because we saw a vehicle pull out around midnight (while we were there). He looks about 6ft tall, slim build, and was wearing a gray hoodie and jeans. If anyone recognizes this dude please call the local PD and report him ASAP. To all other breweries around town – if you think it won’t happen to you, think again! We’re the new guys in town and he still managed to hit us. Let’s get this guy before he hits up anyone else! 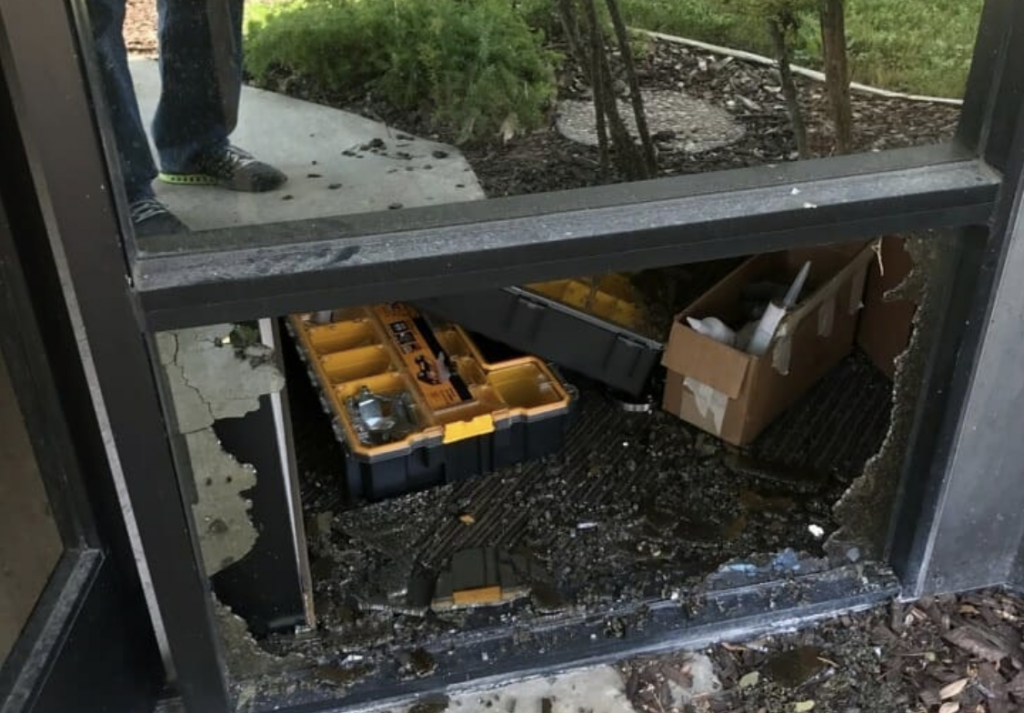 If you have any information that you think may be of help to the investigation, please reach out to the San Diego County Sherriff’s Dept.