All About the Hops: Hop Shortage on the Horizon 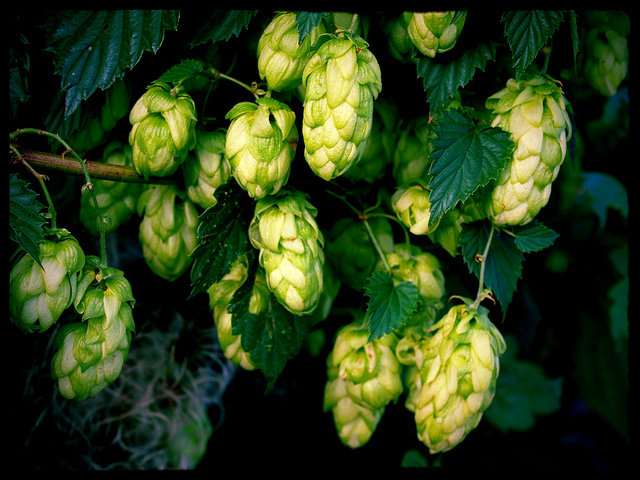 Hops are a hot commodity these days. With the hop-heavy, craft beer industry booming world-wide, hop farmers are feeling the pressure. Not only are there more breweries than ever, with 620 hop-seekers opening up in the last year alone, but IPA, the most popular  style of craft beer, uses up to six times the hops that other beers use. As if that weren’t enough, according to the International Hop Growers Convention, due to the extreme heat and dryness of last summer, the European hop market shrunk by 27%. Hops thrive in lots of sunlight, moderate temperatures and moisture. With two of these factors being insufficient, it caused what many industry insiders are calling “the worst crop for the central European hop industry within decades.” It’s feared that if the European hop market doesn’t get at least an average harvest this year, there could be a serious global hop shortage on the horizon.

With the rise of demand, hop farming is sure to expand, but since a hop crop takes 3 years to mature for harvest, there will likely be a pinch in the market the next couple of years. Furthermore, areas like New Zealand, responsible for the delicious Nelson Sauvin and Matueka hops, have no more room to expand their hop farming industry, further limiting the already tight hop market.

So hops are hard to come by because of poor crops and a sharp increase in demand, but was does this mean for the average craft beer consumer? Luckily, it’s not all doom and gloom…

Most breweries have hop contracts which are generally set out for several years. Even small breweries like Thorn have hop contracts, so the pinch is really going to be felt at brand new breweries and brewers looking to get in the industry. Ideally, if someone is thinking about opening a brewery, they are procuring their hop contract 3 years before they even open. When they can’t do that, then they have to beg, borrow and steal to get the hops they need for their brews, while building relationships with new and existing hop farmers to get a hop contract when the supply allows for it. Higher demand means higher prices and for those breweries that don’t have a hop contract that can translate into a higher cost that will likely be passed down to consumers.

The silver lining with this looming hop shortage is that brewers will get have to get creative to fill their brew schedules and taps. Sure that means seeing less IPAs at your local watering hole, but it also means seeing and increase in different styles. Look for more cask beers, wheat beers, lagers, porters and pilsners to make an appearance. Here at Thorn Street Brewery our beers using the lowest amount of hops are Foreplay Belgian Blonde, which derives much of its flavor from yeast and Castaway Coconut Porter and Santos Coffee Stout, which both lean on their dark and toasty malts for flavor. On the other end of the scale, our hoppiest beer, The Menace IIPA, uses an immense amount of hops, clocking in at around 4 lbs of hops per barrel. One barrel is equal to two 15-gallon kegs, so in a 7-barrel batch, yielding 14 kegs, our brewers are stirring in more than 28 lbs of hops per brew of The Menace. This is part of the reason why this beloved beer isn’t available all the time; it’s expensive!

3. The Rise of the Sours

Sours have always been popular with hardcore craft beer connoisseurs, but we expect them to become even more prevalent on beer boards across the industry. This is because casked beers like sours derive flavor from the aging process. The acidity and bitterness that is often brought into a beer by hops is instead aged into the beer, giving a depth of flavor and a delightful tartness. Also expect to see more fruit beers like lambics along with yeast driven beers like many Belgian styles to make regular appearances on craft beer boards.

When it’s all said and done, for many small and emerging breweries without hop contracts, the forecast for hops looks bleak. However, even breweries with contracts can fall victim to poor harvests from increasing global temperatures. We aren’t worried though…even though the next couple of years might be light on hops, we expect them to be rife on creativity and exciting new brews that use different means to impart flavor and bitterness.