While most American beer consumers probably haven’t heard of the British craft brewery, Beavertown, it’s a beloved brand across the pond. It was, at least, until the predictable backlash started after a recent announcement by founder and CEO, Logan Plant. Plant is the son of Robert Plant of Led Zepplin fame and his brewery, Beavertown, has seen incredible growth in the 6 years. The brewery also puts on a craft beer fest with a brewery list that is half-filled with American craft brewery darlings like Monkish, Trillium, Treehouse, Alesmith, Modern Times and Three Floyds to name a few. Plant even gave a memorable and rousing speech at last years Beavertown Extravaganza lambasting big beer. “The puppet master that is Big Beer is stirring and starting to swipe its tentacles far and wide across this beer industry,” He told the crowd at BeaverEx17, according to one Facebook poster.

Yesterday, it was announced that Beavertown was going to grab ahold of one of those tentacles by selling a minority stake in their company to Heineken. They declined to announce the percentage of the stake, but it’s pretty safe to assume it’s beyond the 25% that American Brewers Association set as the limit of non-craft brewery ownership. Otherwise, they wouldn’t keep it a secret. It could be as much as 49% much like the 50% that Heineken bought of Lagunitas a few years back before eventually buying 100% of Lagunitas. While Plant and Beavertown tried to get out in front of the story by posting a Q&A and a blog post, many people were, unsurprisingly, bitter about the new partnership on social media.

Perhaps some of the most upset people were ones that had already purchased tickets to Beavertown’s lauded Beavertown Extravaganza.

Filled with U.S. and U.K. craft breweries this festival always promoted the independent brewer and the 2017 fest was when Plant made a speech about the evils of Big Beer. With the announcement of the partnership with Heineken, some of the craft breweries have already pulled out including, Brewdog, Treehouse, Cloudwater and Veil Brewing. When people asked for their money back they were told no but to hold on, Beavertown was still assessing the situation. 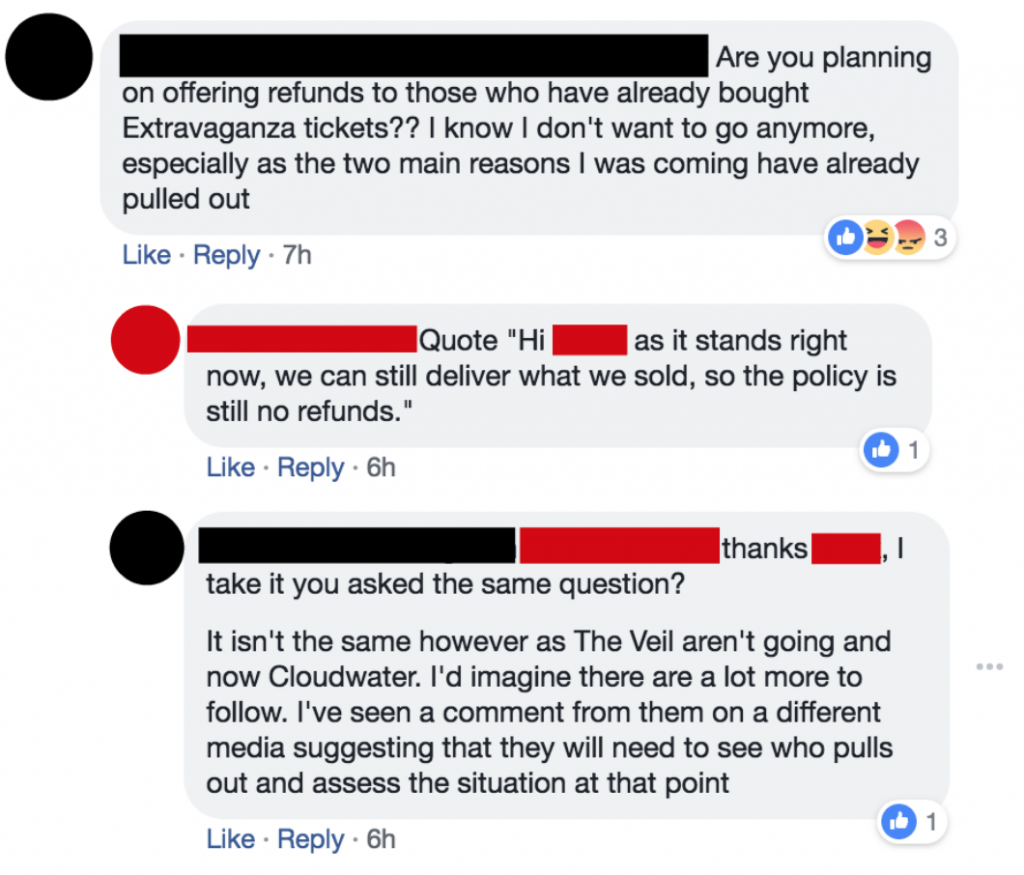 When Wicked Weed sold to AB InBev last year they too also ran a successful festival called the Funkatorium Invitational known for getting some of the top breweries in the country. When they sold, so many breweries pulled out of their festival that they canceled it and haven’t resurrected it in 2018. Not that a brew fest will get in the way of the millions of dollars that both breweries have now that they are in bed with big beer but it does leave a lot of bitter fans.

In His Own Words

The Q&A with Plant is an interesting read, mostly because his unabashed ambition is clear in the post. When asked why he picked Heineken he said, “This is about ambition. I am driven to take myself, our team and the brewery to new levels.” Crystal clear.

Apparently, Plant’s idea was always to open one of the largest craft brewery operations in the U.K. called Beaverworld. Beaverworld will give them the ability to brew ten times the amount they brew now on a fully automated brew system. He states, “We are now going to build one of the grandest platforms to shout loud and proud from. I want Beaverworld to be one of the world’s best brewery experiences both from a technical standpoint and as a visitor experience.”

When asked if it was hypocritical of him to partner with big beer after being critical of them he says, “Yes, during the Symposium at BeaverEx17 I criticised some aspects of what big brewers do and I recognise that some people will not be happy with my decision to take investment from one. I didn’t take the decision lightly.”

He further spoke of his admiration of Heineken and why he picked them. “The culture and values across their team are heralded and I take inspiration from the great journeys their team members have been on, progression through their company is amazing and something we have always tried to promote at Beavertown. So, we share many values, both cultural and brand specific, with them.”

What’s interesting about this is that while Heineken may have a good reputation from their team members, they don’t have a great reputation in other areas. A recent case study on Heineken was released called Heineken in Africa, which outlines a company with quite questionable values:

Heineken in Africa is the result of three years of thorough research, not only in the eleven African countries where Heineken has its own breweries and joint ventures but also in the company’s archives and literature. The author has spoken to almost 300 sources within and around the company.

The book has revealed many controversial facts and practices that made headlines in the Netherlands. It shows how Heineken collaborates with dictators, authoritarian governments and an alleged war criminal, how it’s using a mysterious Belgian operating company for tax avoidance in African countries and that the company is tied to human rights violations and high-level corruption.

All of this paints a picture of a company bent on ambition, ripe for selling to a bigger brewer. It’s clear from his own words that his ambition was to grow far and grow fast and realistically that’s hard to do without the deep pockets of big beer. While many UK craft beer drinkers are upset because this doesn’t align with their values, it certainly seems to align with the values of Plant.

Maybe that’s something for consumers to remember when their beloved brand sells to big beer. While everyone has their own perception a brewery that they support, that perception might not be shared in the goals of the brewery itself. Furthermore, that brewery/owner might be paying you lip service, much like Plant did at last year’s BeaverEx17. He was playing the craft beer game until it suited him to level up. Likely, this injection of $55 Million will shoot their production and availability through the roof in their quest to be on every corner. Just be wary the next time a brewery lays their ambitions so nakedly at your feet. When the single quest is the ambition to grow as fast and wide as they can, the writing may already be on the wall.