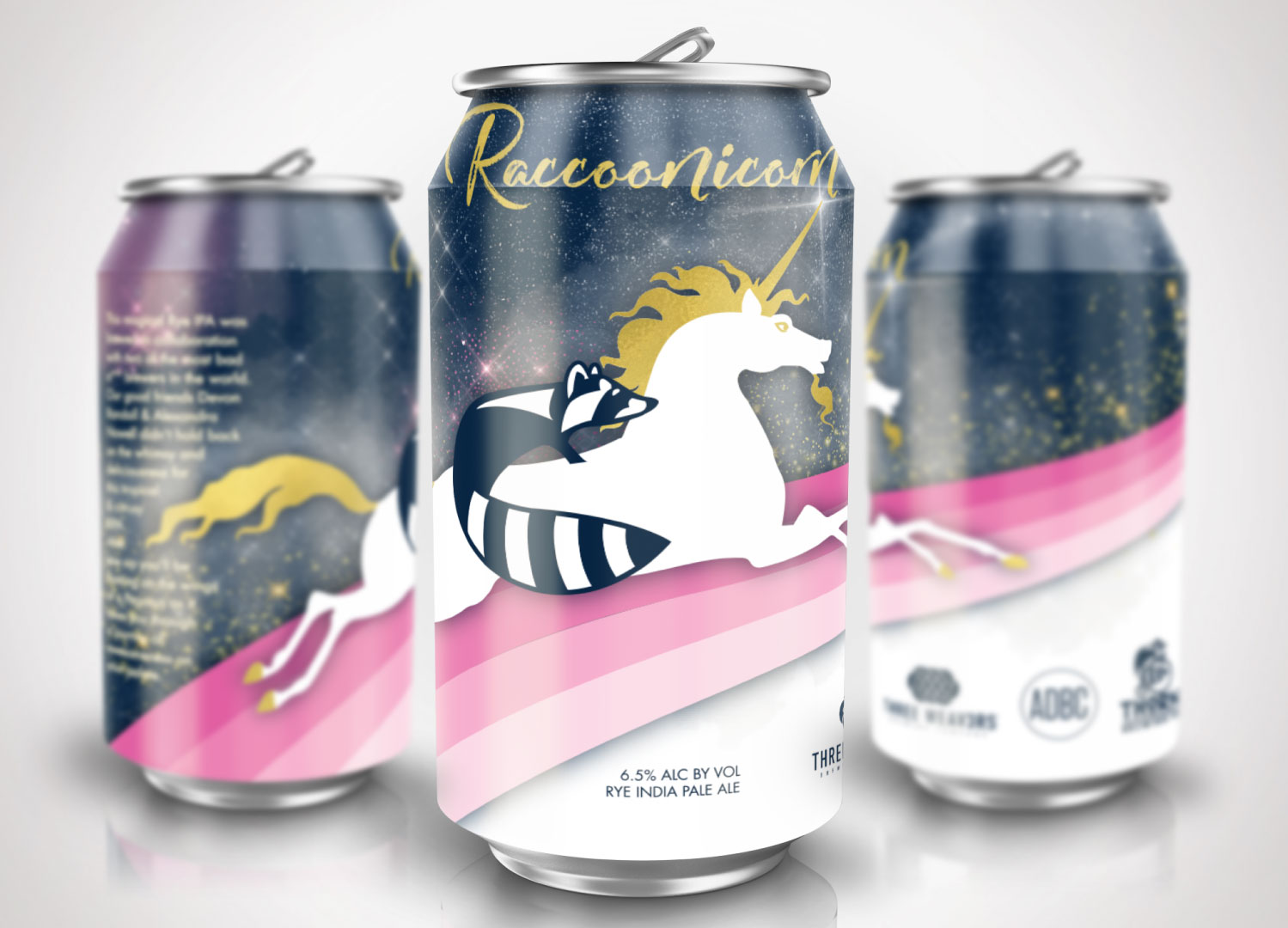 Brewing collaborations are one of the best parts about craft beer. Whether it’s a working relationship that brings collabs together or personal connections these co-brewing experiences help to create cohesiveness within the beer community as well as put out some pretty rad beers.

Recently, Thorn got together with brewers from two prolific L.A. breweries and something magical happened. They created a beer so wonderous that it had to be named Raccoonicorn. When asked how the name Raccoonicorn was decided, head brewer for Thorn Barrio, Doug Pominville said, “Getting to brew with a unicorn is rare and magical all on its own, but getting to the chance to brew with two of the best brewers in Southern California is a shooting star. Ralph is just along for the ride.” The two brewers he is referencing are Devon Randall from Arts District Brewing Co. & Alexandra Nowell from Three Weavers Brewing Company. These two women are making amazing beer at their own breweries and we were really honored and excited that they lent their time and skills to this collaboration of Raccoonicorn. 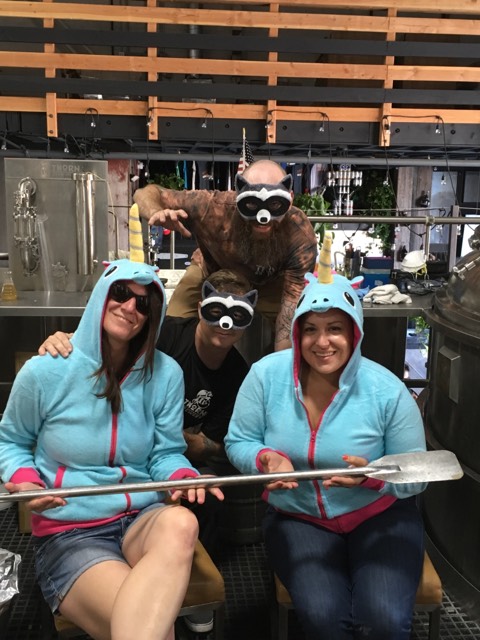 Brewed with Galaxy, Mosaic, Nelson, and Ekuanot hops, this 6.5% rye IPA is incredibly tropical & citrusy. After one sip you’ll be floating on the wings of a Pegasus as it takes you through a journey of awesomeness on your palate.

The Raccoonicorn IPA release is a limited can release and will be available in our Barrio Logan tasting room on Friday, Aug 10th until we run out. Come by on Friday and meet the brewers! Not only will Thorn brewers Eric Shelley, Doug Pominville and Eric O’Connor be hanging out to chat about all things beer but Alex and Devon are planning on making the trip down to SD from LA to hang with the crew. We also will have sweet limited-edition tees and tanks available until they sell out. On Saturday, August 11th Raccoonicorn will be released at our North Park location too, so come on by! 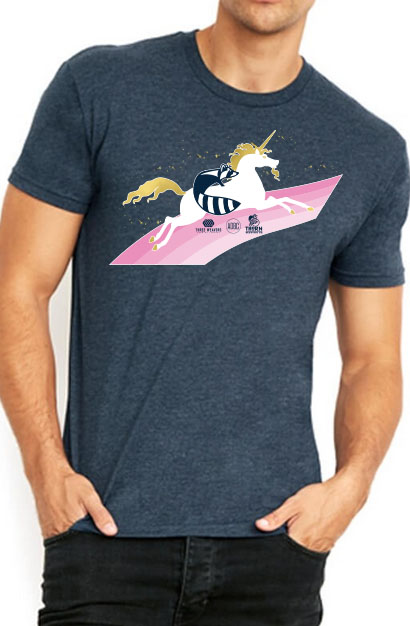 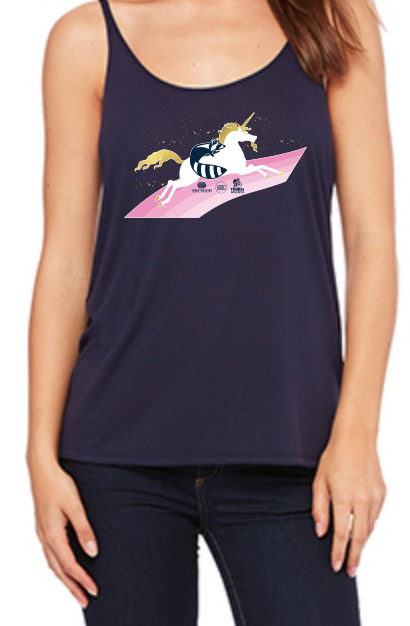