SDBW: The Hoppiest Time of the Year 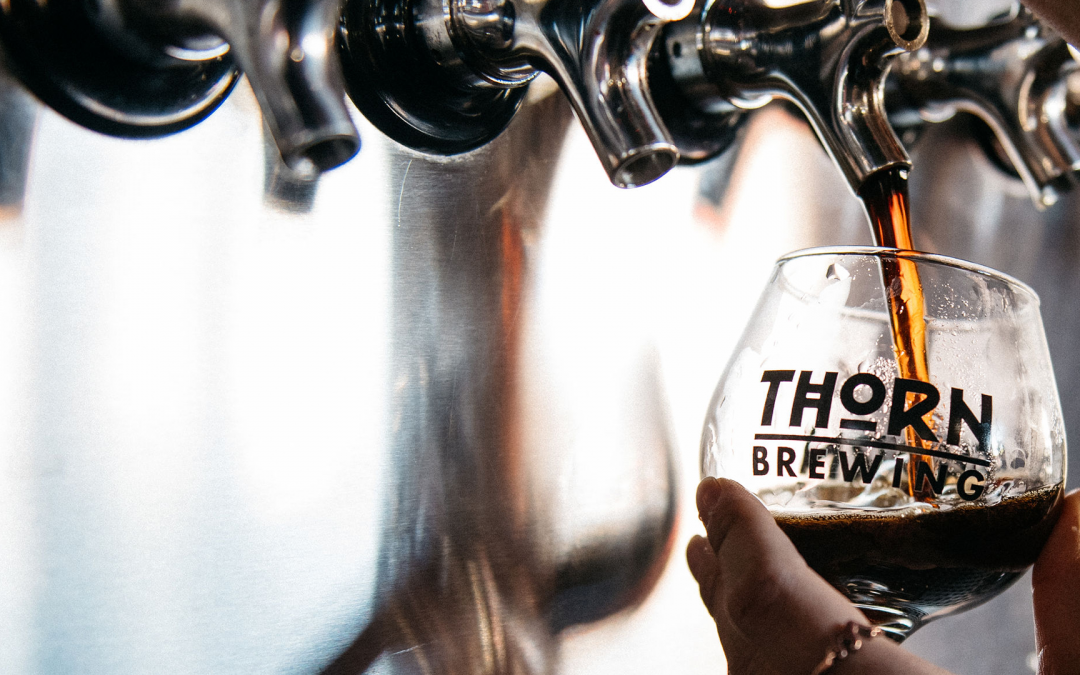 It’s here…San Diego Beer Week! The week of non-stop, beer-centric events both inside breweries and tasting rooms and around town at bars and restaurants that shows just how much San Diego loves craft beer.

This year, there are more than 300 SDBW events around San Diego county. Here at Thorn, we went big and have 10 in house events as well as six events around town. Here’s the complete list of our beer week events so you can plan out your week of beer, fun and more beer!

This year we are bringing our hoppy beer nights to all three tasting rooms! We kick things off at Thorn North Park at IPA Lounge! This is when we put all of our hoppiest beers on tap, at once, up on our back bar for one night! This is our 5th year holding IPA lounge and we will have a few new special IPAs along with your favorites so bring the crew and taste ‘all the hops!’

Come and celebrate Thorn Barrio Logan’s second anniversary! We are incredibly grateful to all of you who have come and visited us in our tasting room these last two years and who buy our beer out and about every day. As a thank you, we thought we would throw a shindig with all the essentials for a great time: Arcade games, face painting, Thorn beer, cocktails, food, DJ spinning tunes, pumpkin decorating and be sure to wear your Halloween costume!

It’s all going down in our brand new event space next to the brewery, The Side Yard, on Saturday, November 2nd, 4 pm-10 pm! It’s a great way to kick off San Diego Beer Week!

We also will be releasing an extremely limited edition, Raton Laveur Savage Anniversary Ale, 6% ABV⁠, a Golden Sour aged 18 months in red wine barrels with local apriums⁠. Release will be at the Barrio Logan tasting room starting at 12 pm on Saturday.

Drinks and food for sale/cash only (ATM on-site)

While this may seem like an unconventional pairing, we have been working hard tasting all the popsicle flavors and have come out impressed with the harmony of flavors that come out of these pairings. You can swirl your popsicle around the beer to make sure you get the full spectrum of flavors, or enjoy them separately, letting the flavors play off one another.

You will get to choose from four different pairings when you come in so bring a friend to try them all. No tickets necessary, just come in and enjoy, between 1-4 pm!

We’re raising a glass and feeding our bellies with 5 beers + 5 kinds of cheese, both paired perfectly to showcase and complement one another!

Learn a little bit about each style of beer and each type of cheese and why they work so well together at this fun and casual tasting. Bring old friends and make new ones – that’s what it’s all about.

Tickets are limited on this event so make sure to grab them before we sell out!

Get your tickets here: http://bit.ly/beercheeseThorn

Our brewers have been brewing up some of the tastiest sours in San Diego and tonight is the night we get to showcase all of them! Here’s the list of beers we will have on tap that night (subject to change):

We will also be holding Loteria at 6 pm that night as well as tacos from Tacos El Mero Mero so make a night of it and come taste all of our sour beers!

We’ve joined confectionary-forces with Daniela’s Kitchen (seen on Food Network) for a gourmet cupcake and beer pairing that will tantalize your taste buds and satisfy your sweet tooth.

This Beer Week event is at our new tasting room in Mission Hills on Friday, 11/8, from 5-8 pm. Come in anytime during the event to get your pairing.

Tickets are only $20 for four mini cupcakes and four 5-oz taster of beer!

Get your tickets today. This event will sell out!
Tix: http://bit.ly/thorncupcake

On Saturday, November 9th at 12:30 pm, we will be pairing three of our craft beers with three of their tasty treats which they create specifically to pair with each beer. This event is always popular and will sell out, so get your tickets sooner than later if you want to experience the sweet symbiosis of donuts, bagels, and beer.

Please get here at the beginning of the event as we put the pairings out in order. Thanks!

Close out San Diego Beer Week 2019 at Countess Sparkula Day at Thorn Barrio Logan! On November 11th starting at 12 pm we will have 6 different variations of our newest Imperial Breakfast Stout for you to enjoy! Here’s the lineup:

Thursday – 11/7 – 2nd annual Hops & Jackpots at Sycuan Casino Resort!! This is an SDBW to not miss. Shuttles from 7 breweries including:

We will take you to Sycuan Casino for you to enjoy a complimentary appetizer buffet, Poker Tournament, Blackjack Tournament and live entertainment from San Diego troubadour Sutton Papaniclus.

– Event starts at 1pm at The Hills Local Pub. If you want to show up earlier to eat something, probably a half-decent idea.
– The staff at each place will decide how we win prizes.
– Teams of 5 for each brewery.
– Teams must wear shirts of the respective breweries they’re representing. This will help us herd cats.
– Around 2pm we’ll walk or uber down to Centifonti’s
– Centifonti‘s, you guys, they have a boot. And Ice Cream.
– Curbside Eatery & Drinkery is right next door!
– Head to Re-Animated Records to buy things that we don’t really need, but actually, like, totally do.
– Stroll leisurely to Hoffer’s Cigar Bar. Each team needs to buy at least one cigar. They will award us prizes based on our taste
– Walk to the Riviera Supper Club and Turquoise Room and drink some alley beers. Can take an Uber.
– Hopefully, we’re there by 6. Hopefully.
– Our Antique Ambassador will determine the value/probably talk a lot of shit. It’ll be great
– Eat steaks, hot wings, drink martinis
– Celebrate the fact that we made it out of Beer Week alive!

Sunday – 11/10 – Beer Fish IPA Battle:
Thorn won our round of the blind taste test Beer Fish IPA battle! The finals will be held Sunday, November 10th with voting and flights available all day. Brewers/Reps will arrive around 6pm, and the beers will be revealed at 8pm with the winners announced by 9pm!