The Biggest Craft Brewery That You’ve Never Heard Of 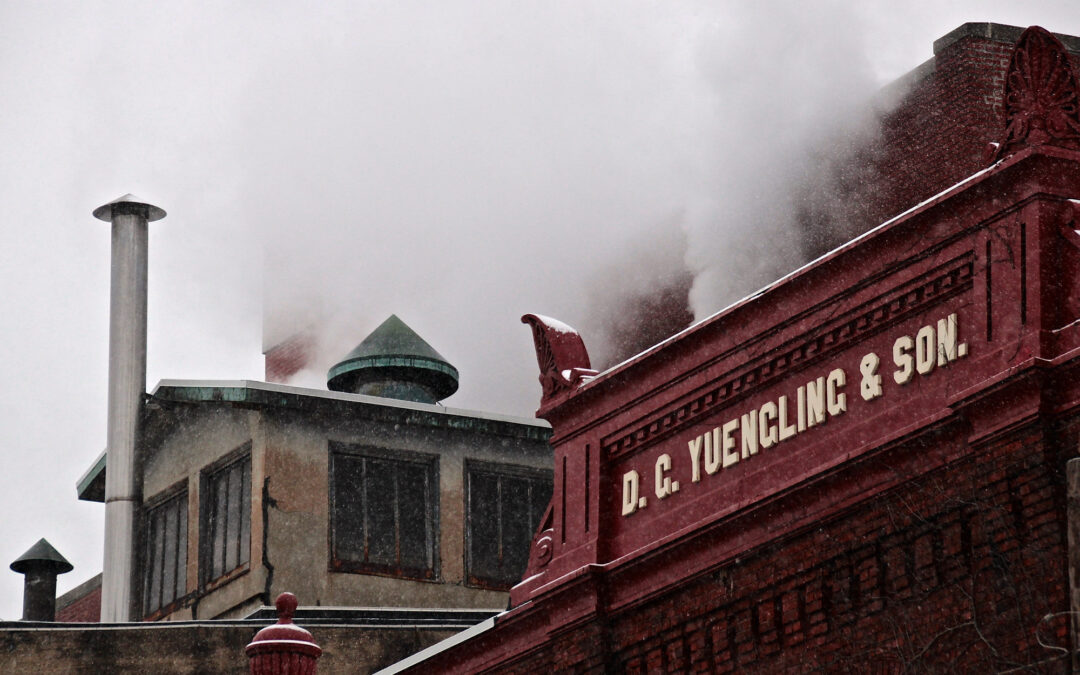 It was announced last week that America’s oldest and biggest craft brewery, Yuengling, has entered into a partnership with beer giant, Molson Coors. While hearing this previous statement might get the wheels on the anti-big-beer-sell-out machine rolling, let’s first take a closer look at who Yuengling is, what the deal entails and why most West Coast beer drinkers have never heard of the oldest and biggest American craft brewery before.

Yuengling? Never Heard Of Her

Yuengling started out in 1829 when German immigrant, David Yeungling, decided to bring his knowledge of German brewing to the U.S. What started out nearly 200 years ago in Pottsville, Pennsylvania, now has become the largest craft brewery in the U.S. with just over 2,654,622 barrels produced in 2019. Just to put that in perspective, that is 300K barrels more than #2 on this list, Boston Beer Co. and twice as large as the third-ranked Sierra Nevada Brewing. What’s impressive about this top ranking is that they sit at the top while only being available in 22 states on the East Coast and in the South.

Their brewery has always been a family business and has been passed down through 6 generations of men to what is now four sisters set to take over after Richard “Dick” Yuengling, who owns 100% of the company, retires. He is worth an estimated $1.5 billion. For comparison, Jim Koch, from Boston Beer Co. is worth $2.7 billion and the In-N-Out heiress is worth about $3 billion.

There has been some drama associated with Yuengling over the years. In 2007, they were in the news pertaining to union-busting allegations. Then in 2016, the brewery took a lot of flack for publicly endorsing Trump for president and then speaking out about their support again in 2018.

How is it that a brewery without a national reputation that is only distributed in 22 states can claim the top spot on independent beer production? It likely has to do with the fact that their beers are light, mostly lagers, and are priced incredibly cheap. They sell a ton because you can drink 12 of them (not recommended) and it’s slightly better than mass-produced lagers like Budweiser and Miller. Right now a 12 pack of Yuengling Lager will run you just around $10 (and cheaper in Penn) and a case runs about $20 which is right about what Budweiser costs.

What’s The Deal With This Partnership?

Molson Coors was MillerCoors parent company and in October of last year, consolidated, cutting out 500 jobs and then dropping the MillerCoors name totally in January of 2020, changing to Molson Coors Beverage Co. The consolidation was reported by the company as an effort to change their downward trajectory of revenue and save $150 million.

According to their official statement, the partnership is a new joint venture that won’t touch the states that Yuengling already distributes in but it will help Yuengling expand its reach across the country and “gives Molson Coors the right to ‘oversee any new market expansion beyond the 191-year-old brewer’s existing 22-state footprint plus any future New England expansion.’” It also includes the use of Molson breweries, nationwide, to brew Yuengling beers.

“The Yuengling family will work closely with the iconic Coors and Molson brewing families, and the Molson Coors Beverage Company, to brew Yuengling products and expand their geographic footprint as an extension of America’s Oldest Brewery. Together, Yuengling brewers will work hand-in-hand at Molson Coors’ world-class brewing facilities and tap into their expertise in brewing and distribution to make the Yuengling brands more accessible to fans by opening markets the company can’t currently reach.”

Molson Coors worked a similar deal with Pabst where, in 1999, they began contract brewing Pabst beers at their facilities to make national distribution easier. Molson Coors divested at the beginning of 2020 and Pabst was able to buy the huge facility that they contract brewed at in Irwindale, CA, (brewed 4.8 million barrels last year).

Should We Even Care?

The reaction to the Yuengling deal ranged from people excited about this hard-to-get-on-the-West-Coast beer being available soon to people being bummed they partnered with Big Beer to make that happen. Before we start mustering up the energy it takes to be outraged by a craft brewery hopping into bed with Big Beer, we need to ask ourselves, does this deal really matter to the general craft beer drinker? Probably not, and while this could be the beginning of a sell-out by Yuengling, do most Yuengling drinkers care who owns their favorite beer? Probably not. Yuengling doesn’t beat the independent-beer-drum and was only allowed into the craft beer fold when, in 2014, the Brewers Association changed the definition of “craft beer” to include beers made with maize and rice, which are considered adjuncts. While they technically fit the “independent, craft beer” label, they are much closer to Molson Coors than most of the craft breweries that are also on that list.

In the end, we will see what national distribution will do to a beer that is often sought after outside of the 22 states because of its scarcity. It’s been said that scarcity drives demand which is evidenced in other products like Pliny the Elder, Girl Scout Cookies, and even In-N-Out. It remains to be seen if there will still be a West Coast hype around Yuengling when it’s readily available.

Something else to consider is whether the terms “independent” or “craft beer” mean anything anymore. When Yuengling is in the same category as Thorn, but we are so far apart in everything else, how does the definition help either brewery? The bigger and more general the definition gets, the less power it has to help the small breweries that the Brewers Association set out to help in its inception.