The Rise of Low-Cal, Low-Carb Beers 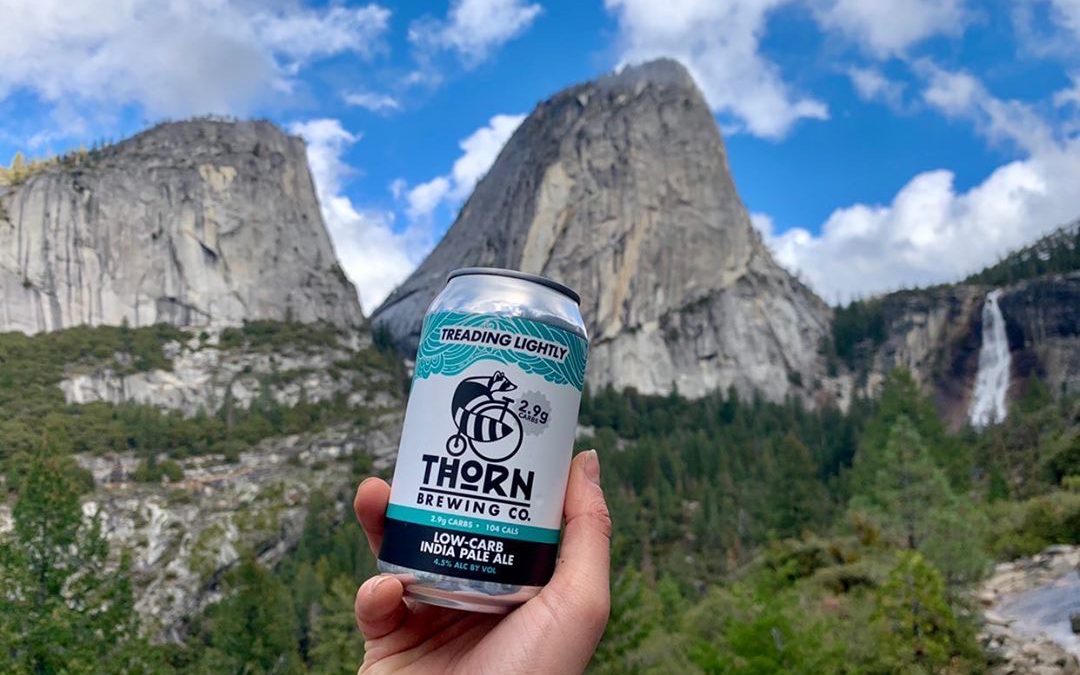 It’s that time of year when people resolve to make positive changes in their lives. Some resolutions have to do with money, some have to do with work and others have to do with diet and exercise. Unfortunately, 80% of people give up on their New Year’s resolutions by the time February rolls around. That’s because changing habits and cutting out things you love is hard! For the people trying out new diets, being able to stick to that specific diet comes down to many different factors. However, experts agree that depriving oneself of things that are loved may lead to the diet backfiring because cravings can kick in and make it difficult to stay the course. Luckily, for beer lovers, there seems to be a trend in craft breweries willing to push the boundaries on products like low-calorie and low-carb beer that will meet new market demands and make it easier for people to enjoy a beer while staying on their diet.

It’s no secret that there has been a slowing of growth within not only the craft beer industry but the beer industry at large. According to the Brewers Association, craft beer was expected to clock in 4% growth in 2019. This is similar to the 3.9% growth the industry saw in 2018 which also sales down 1% in the beer category overall. This shift in the industry has led to many moves within the beer industry with larger regional breweries merging (Dogfishhead and Sam Adams), selling (New Belgium to Kirin), and many smaller breweries struggling to keep their heads above water or shuttering their doors.

AB-InBev experienced continued decline in the U.S. market in 2019 with a 1.9% decrease in sales. Luckily for them, they have an ace in their portfolio with Michelob Ultra. This light-lager experienced more growth from 2016-2017 than any other major beer in the U.S. market and their sales grew by 21% in a year when beer overall sat at 3% growth. Looking at these numbers moving forward, many breweries are now looking for a way to diversify their portfolios to draw in new consumers that previously might not have been able to enjoy their product for dietary reasons.

While big beer has always had a low-calorie, low-taste option, it took a little longer to catch on with the craft (or nearly craft) breweries. Until last year that is. 2019 has been the year that low-calorie beers have burst onto the craft beer scene. While there are certainly some detractors to this trend, others are excited to have more options to offer people when it comes to a healthier style of beer.

Larger craft breweries are jumping on board this trend from Sam Adams Light to Dogfish Head and their Slightly Mighty IPA that is brewed with monk fruit. Figueroa Mountain Brewing Company also makes a light-lager that was first introduced in 2016 without gaining too much traction initially. Now, it’s one of their fastest-growing brands.

Closer to home, here in San Diego, Bitter Brothers put out an IPA called Pace Setter that comes in at 95 calories, 2 carbs and 4% ABV per 12 oz (sold in a 16 oz can). Ballast Point (working its way back to craft) has a Lager that’s 99 calories, 3.5 carbs and 4.2% ABV. Also, Saint Archer (owned by Miller Coors) with their low-carb lager which they are pushing heavily at the moment.

Here at Thorn, we were also working on our light beer game last year and created Treading Lightly, San Diego’s first low-calorie, low-carb IPA offered in a 12 oz can. Ringing in at 104 calories for a 12 oz can and just 2.9 carbs while still maintaining a 4.5% ABV, this beer has gotten great reception so far as a beer that is able to fit any active lifestyle.

While beers all have different macro counts, they have, historically, not been low in carbs. Average lagers have about 140-150 calories with 12 carbs and average IPAs clocking in at 180-220 calories and 12-15 carbs per 12 oz beer. While drinking a lager doesn’t seem that bad calorie-wise, for other diets, specifically Keto, 12 carbs in one beer can put people up against their carb limit for the day quickly (usually 20 or 25 for keto-dieters). With the rise in popularity of keto and other low-carb diets, breweries have been working on a way to bring down the carbs too.

So how do breweries manage to create low calorie and low carb beers? The secret is using amyloglucosidase enzymes which are used to degrade starch polymers and maltose to glucose in the beer, creating a low carb beer with a decent ABV still.

You can all thank the brut IPA trend from a couple of years ago for sparking interest in the possibilities in not only our own brewery but others as well. Brut IPAs are super dry, light, almost champagne-like IPAs. While the trend seemed to fizzle quickly, the enzymes brewers used to get the immense dryness and crispness desired in this style were useful in creating the low-carb beers we are seeing today. We had seen light-lagers for years, Brut IPAs really opened up people’s minds to the possibility of creating a lower-calorie, lower-carb IPA that was still full of flavor.

Light beer is a trend that’s here to stay. With the shifting of the beer market, breweries have to figure out a way to bring in new customers and calorie and carb-conscious consumers make up a significant part of the population. The idea that people don’t have to sacrifice taste, can still support a local, craft brewery and also keep on track with their macros is a great way to kick-off the new year!