Back to Purple: What it Means for Craft Breweries 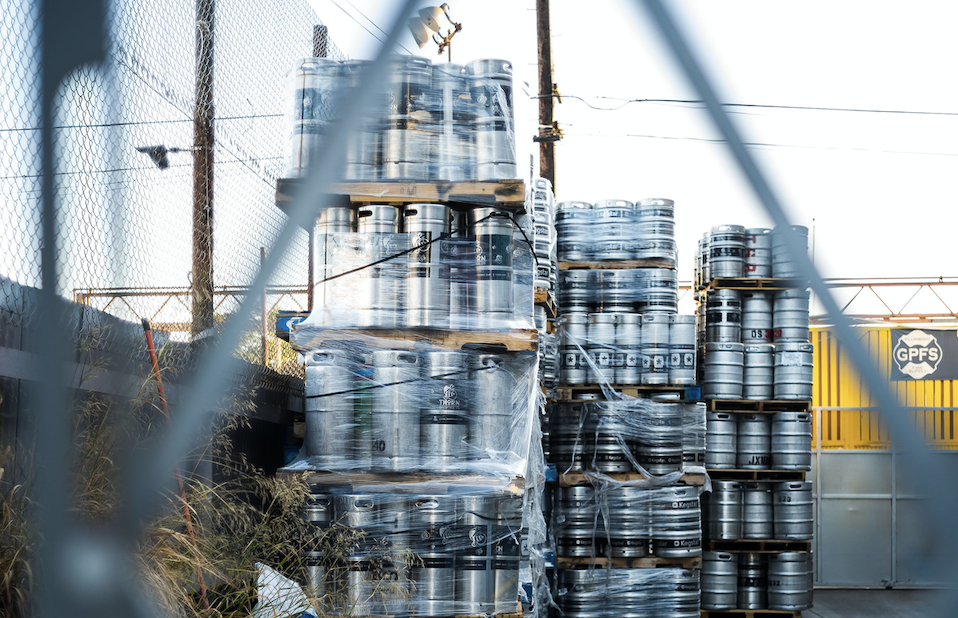 The recent news week was not surprising, but it still was tough all the same. San Diego slipped back into the purple tier for COVID restrictions and once again, indoor dining was shut down and non-essential businesses were forced to close their doors or move to outdoor and to-go models only.

What does the purple tier mean, exactly, for San Diego craft breweries? It means once again pivoting while trying to keep our businesses and livelihoods afloat.

While we have been working within this tier system for a better part of a year, it can still be confusing as to where breweries and tasting rooms fall into the restriction. In the purple tier, breweries and bars are supposed to be shut down, both indoors and outdoors, unless they also offer meals. Since most tasting rooms don’t have kitchens, this has added another layer to the symbiotic relationship that many tasting rooms already had with local food trucks.

Food trucks have been hit hard by COVID too because fewer breweries are open for shorter hours. Breweries, private events, and corporate buildings have been some of the biggest clients for many food trucks. With so many people working from home, there are fewer corporate locations where trucks can park and make their minimums and private events are basically non-existent right now. Before COVID, it was always better to have a food truck at your tasting room because people who eat stay longer and enjoy more beer. Now, tasting rooms need trucks or pop-up food vendors in order to offer any ability for people to enjoy their beer on-premise.

What’s tough for many breweries is that while the food option allows them to seat people outdoors, it’s still a barrier to entry for many people who don’t want to be forced to buy food when they go to have a beer. Not only does it add on the overall cost, but for some people with diet restrictions, food trucks with often limited menus don’t work well.

We are incredibly grateful for the food trucks and restaurants that we have built relationships with and continue to partner with us during these times. It’s their partnerships that have allowed us to stay open, serving our neighborhoods.

The Struggle for Small Breweries

It’s not just the lack of tasting room sales that have hurt San Diego breweries. One of the main ways that we sold our beer, pre-COVID, was in kegs to restaurants and bars. In fact, keg sales made up about 65% of our sales in 2019, with better margins than canned beer. Now, many restaurants have closed their doors temporarily or permanently with Yelp estimating from their data that 60% of the temporary closures that happened on their site turned into a permanent closure.  Even if they are still open, they are often operating a reduced capacity which means they are buying less beer overall.

This means that many breweries are pivoting from keg sales to packaging in cans or bottles. There are two issues with this for many smaller breweries. First, if they haven’t already been canning or bottling, that means they need to purchase a canning line or find a canning line that they can use (that already isn’t in constant use). Furthermore, it can be incredibly hard to get a hold of cans right now. There is an aluminum and can shortage right now causing many breweries who are already packaging to struggle to get cans for their upcoming releases. It’s a tough time to get in the game because lots of can companies are simply not taking on any new clients as they struggle and fulfill the orders they have already.

Secondly, there is an issue of placements. Say a brewery was successful in having the capital to obtain a canning line and also was able to get cans, now they have to deal with placement in the marketplace. With so many breweries moving to cans from kegs that means that store shelf real estate is even harder to come by than it was before, and it was an already crowded arena. So now these breweries have to send out sales guys and try and get placement at stores and chain authorizations so that they can sell their product that they worked so hard to package. Unfortunately, for many breweries, this pivot is too hard to manage on what little revenue they have coming in and some have been forced to close their doors.

How is Thorn Adapting?

Here at Thorn, we are doing our best to adapt to the constant shifting regulations and changes. Since the beginning of the COVID shut-down, like many breweries, we have moved most of our production to cans. At the beginning of the year, we had five different beers in cans, now we have between 10-15 beers in cans at any given time. 65% of our beer goes into cans now and for the time being, this is how it’s going to stay. We have been working extra hard to secure cans for 2021 and so far, have been successful.

Due to COVID, tasting room sales dropped significantly at all of our locations. We worked hard to create outdoor seating where none was before to try and weather the number of indoor dining shutdowns that have occurred and may occur again in the future. The nice thing about this is that we live in San Diego. For much of the country, the winter is going to mean shutting down for months. Even at its chilliest, San Diego weather is balmy so as long as people don’t mind dressing warm or bringing an outdoor blanket with them, we can operate outdoors throughout the year.

We also have been focusing on beer delivery and our beer subscription service. The safest and easiest way for people to get our beer is to have it delivered right to their homes. If they live outside of our delivery zone, we will ship it. Being able to deliver, direct to consumers, is something that was not allowed pre-COVID. Much to the chagrin of traditional wholesalers, breweries are now allowed to deliver their own beer and it’s opened up a new stream of revenue for us and many breweries working to fill the void that was left by the lack of keg sales.

Virtual events are another great way that we’ve found to stay connected with our patrons. We’ve held virtual cheese and beer pairings, virtual guided beer tastings and have taken part in virtual beer festivals during these last few months. It’s a great way to reach out to those beer fans who feel more comfortable enjoying our beer and a beer event from their own home and the format of Facebook Live and the comment section has been a lot of fun to navigate.

As 2020 wraps up, there is no real end in sight as to when we can resume business as usual. By staying nimble on our feet and adapting quickly to the challenges that face us we will hopefully come out the other side a stronger and better brewery and company. In the meantime, remember to support your local brewery in any way that you can during these times, with so many struggling, every beer, six-pack, and case counts.