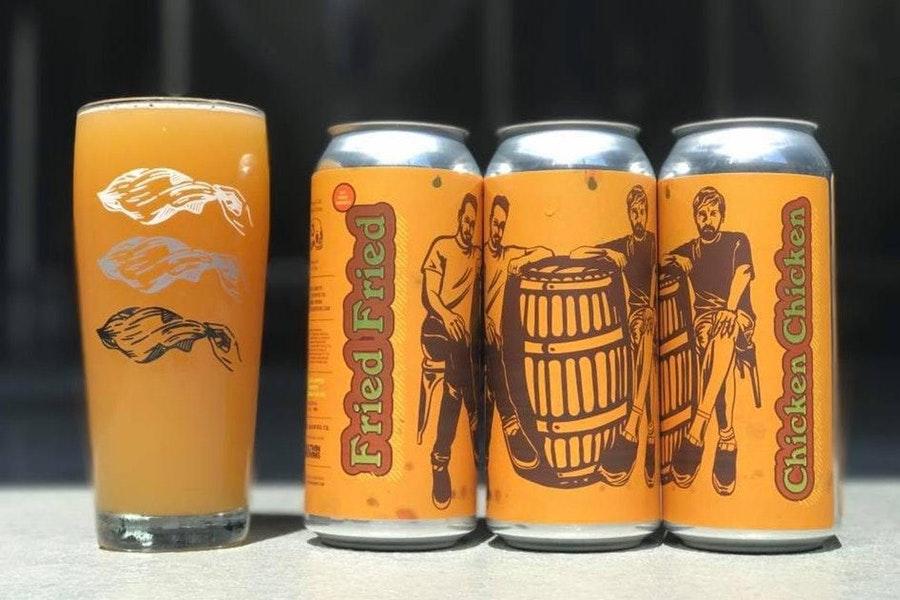 Craft beer is an industry built on creativity and imagination. Most of the time that creativity leads to tasty beer and innovative products, but other times it can leave you scratching your head and wondering, “What were they thinking?”

We thought we would give you a round-up of some of the most creative products we have seen recently, for better or for worse. All of these products raise the question of whether it’s a product meant to meet a real need or it’s a gimmick. Not that gimmicks are necessarily a bad thing. Sometimes the things done in fun and meant to be gimmicky ends having surprising legs (I’m looking at you Rocky Mountain Oyster Stout).

Shower beer is certainly not a new concept. In fact, enjoying a cold beer while taking a warm shower seems to be a universal activity that spans the world. This simple pleasure spawned the idea of Shower Beer by Swedish brewery Pang Pang and Snask Creative Agency. This beer is a 10% brew sold in 6 oz bottles to help kick start your night out. It’s meant to be a quick shower beer, though this might be the first sticking point for veteran shower beer lovers who want more than a couple of sips of beer. This has gimmick written all over it not only because it was co-created by an ad agency, but also, is it really filling a need? It seems that the ultimate shower beer might be any beer you love in a can. How can this be the ultimate shower beer when it comes in a glass bottle? Now that so many craft beers come in cans, it’s easier than ever to get your favorite brew into the shower. There’s even a website for people who love to drink beers in the shower: www.showerbeer.org. Their directions for drinking the perfect shower beer are short and sweet:

This could be the product that no one asked for but might fill a need for some people; flavorings for cheap beer to make it taste like expensive beer. Not kidding. Wild Blueberry, Apple Amber, Mexican Lime, and Pale Ale are just a few of the flavorings Mad Hops offer that you can squeeze into “everyday” beer to make it taste like a craft beer. The Mad Hops marketing shows them transforming Coors Light into a delicious craft beer. The admittedly good reviews on Amazon highlight things like;

“It makes Bud taste like something from a local micro brewery. “

“People had a blast changing the regular old beer into a craft beer of their choice!”

“Completely transformed my cheap beer into a craft beer. So yummy and cheaper!

Craft beer is certainly more expensive (and for good reason). But maybe the people who would buy this product don’t have access to the plethora of amazing beer we have around here. In the end, there seems like there could be a market for this, but not likely in San Diego.

We’ve survived many strange beer ingredients over the years, some of which we blogged about in the past including, beard yeast, pizza, and bull testicles. Now, Veil Brewing and Evil Twin Brewery have collaborated to put out a beer called Fried Fried Chicken Double IPA, made with real pieces of fried chicken tenders from Chick-Fil-A.

Creative beer ingredients will always get a pass as long as they taste good. This beer is unabashedly a gimmick because the brewers fully admit the beer tastes nothing like fried chicken. In fact, it only has trace amounts of fried chicken in the beer, amounting to less than .4% of the total weight of mashed ingredients. People seem to be enjoying the beer for what it is, a hoppy double IPA bursting with Citra, Simcoe, and Enigma hops. The two breweries, meanwhile, get a huge boost in media exposure from the dubious idea of fried chicken in a beer.

Brewers are often looking for ways to reduce, reuse and recycle their beer-waste. Now, a company called Canvas developed a product called Barley Milk made with the spent grains from breweries. They call it “saved” grains to gussy the name up a bit but it doesn’t sound like a half-bad idea. Lots of people will drink anything high in fiber and protein and we certainly can take the help with disposing of brewery waste. They currently sell their drinks on Kickstarter and have raised more than $40k towards their $25k goal. The only thing that makes me go hmmmm is that at the very bottom of their Kickstarter page, it says they are backed by AB InBev’s “global disruptive growth group,” Zx Ventures. It’s unclear why a company backed by a multi-billion dollar company need to use Kickstarter to fund their products, but only time will tell if this barley milk has any staying power.

In the end, these companies should be applauded for their boldness to try something new. Whether it’s a gimmick or not hardly matters if the company gets positive buzz created around their business. So congrats to these guys for boldly going where no brewer/company has gone before and having some fun while doing it.