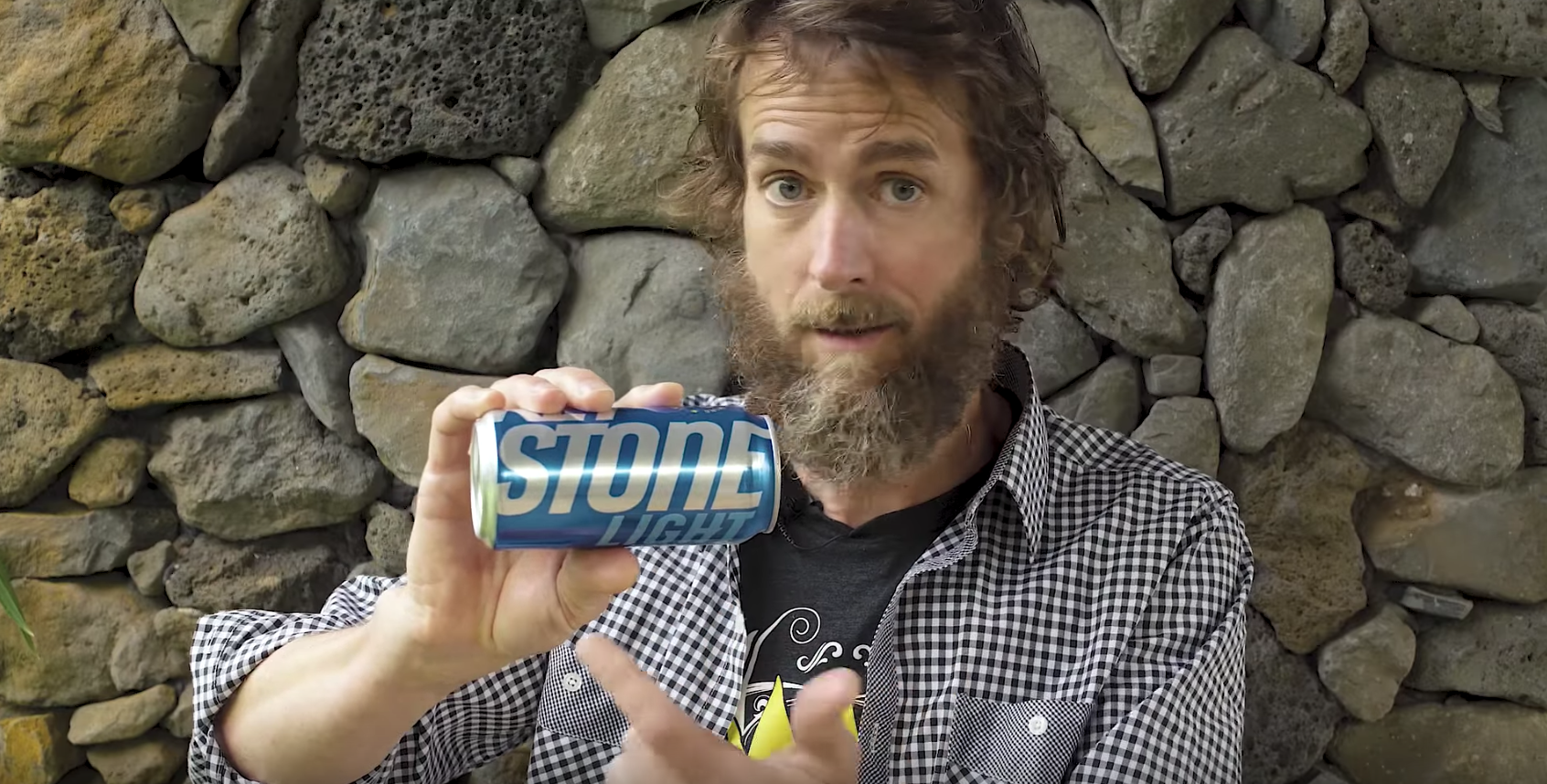 It was a big week in San Diego craft beer. Stone Brewing announced in a cheeky video that they were suing MillerCoors for trademark infringement. In the video, Greg Koch holds a Keystone Light beer (owned by MillerCoors) with the large, incredibly visible word, “Stone,” spanning the entire can and announces the suit. Watch for yourself below…

Koch states, “We believe that MillerCoors is intentionally and deliberately trying to create confusion in the marketplace with the Keystone brand.” He holds up the can and well, it sure looks like he’s holding a can that says “Stone” in big letters on the side. What’s the issue with this? Well, perhaps, Koch says it best when he says definitively, “In the world of beer, the name Stone is ours.”

After the video dropped, MillerCoors shot back, “Since Keystone’s debut in 1989, prior to the founding of Stone Brewing in 1996, our consumers have commonly used ‘Stone’ to refer to the Keystone brand and we will let the facts speak for themselves in the legal process.” Interestingly enough, MillerCoors attempted to register the word “Stones” in 2007 and was turned down. The Stone suit says that MillerCoors “abandoned its application, admitting that confusion with Stone beer was likely.” Thanks to The Full Pint, you can read the entire suit here on their page.

I took to Facebook to decide for myself just how “Stoney” Keystone had become in their branding. Not only do most of their social media pics highlight the word “stone,” but in July of 2017, Keystone changed their Facebook profile picture from a logo that had been their logo for many years, to the one on the top left corner:

Sure, every company needs to rebrand to stay fresh. The question is, why would they split up the name Keystone into Key Stone? Keystone is a place; a mountain in the Colorado Rockies. With the previous mountain ranges on full display in their logo and the fact that Molson Coors (which acquired MillerCoors in 2016) is headquartered in Colorado, it’s not a stretch to assume that Keystone is named after that mountain. So how does it make sense to break up the word?

Once broken up into two words, there is no relation to the place it’s named after. The only reason to break up those words would be to highlight the word “stone,” and this is where it may get them into trouble.

This works with other names too. Let’s say there was another brewery that wanted to distribute in the same area Thorn is distributed in, called Hawthorn Brewing. They had been called Hawthorn brewing for many years, longer than we were in existence even. What if they decided to change their logo and marketing to separate Hawthorn into Haw Thorn Brewing and started calling their beer Thorn Beer in that marketing? Not cool. Not cool at all. Whether or not it’s illegal would depend on a lot of other factors, though.

Since Stone is way more established and not only a national brand but really global one at this point, they have a strong claim on the term Stone when it comes to beer. Still, the point stands that Haw Thorn wouldn’t make much sense as a stand-alone logo just like Key Stone doesn’t make sense unless it’s Keystone.

Let’s hope that Stone is successful in their suit. Big Beer has been pushing craft beer around for years with their money and influence so to have a craft brewery that is not only willing to stand up to them but has the financial capabilities to do so, is really cool. We support Stone whole-heartedly in their quest to protect the brand that they have worked so hard to build and can’t wait to see how this all shakes out.