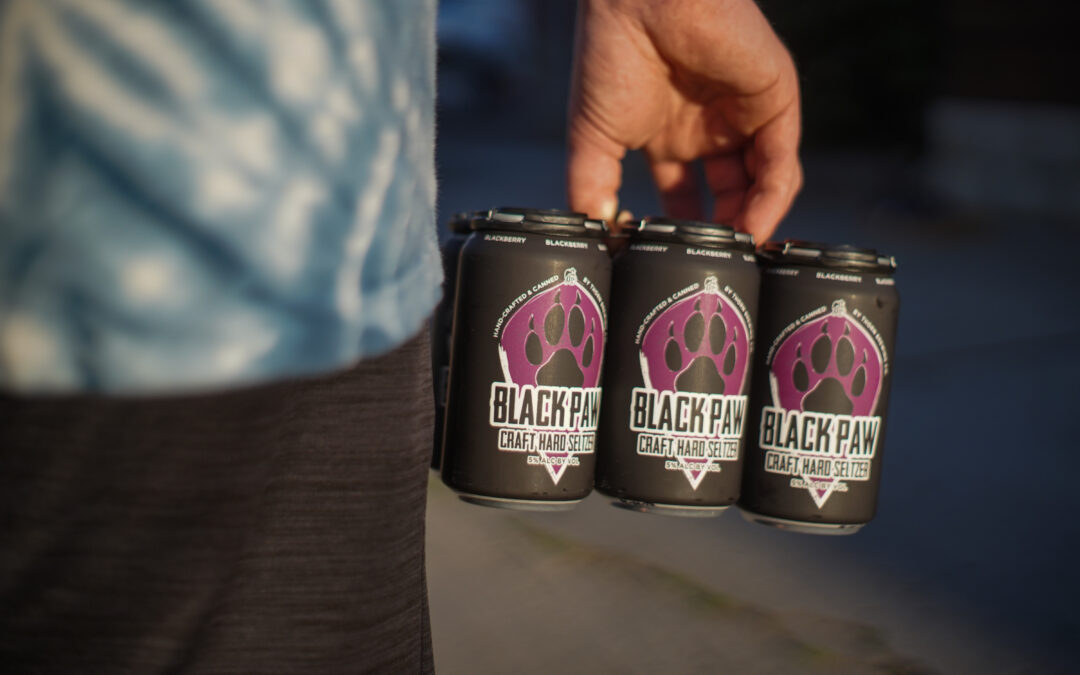 Summer’s here and we’re kicking into high gear with the release of two new canned beverages! Thorn Michelada and Black Paw Blackberry Hard Seltzer are set to release the weekend of June 12th, 2020 in tasting rooms, for delivery, and will follow in stores soon after.

Black Paw Hard Selzer was born out of the idea of offering something new to our patrons as well as bringing new people into the Thorn fold by expanding our beverage selection. While beer is still our main love, we figured why not have something for people who don’t prefer beer or can’t drink it because of the gluten involved.

It’s hardly a secret how popular hard seltzers have become of the last few years. In fact, US hard seltzer sales increased by more than 400% over the last four years. While some think that hard seltzers are just a fad, the trend shows no signs of slowing down.

We tasted a ton of canned hard seltzers and found most to not have the flavor profiles we were looking for. We wanted our seltzer to be bright, refreshing, and natural tasting. Thorn Brewing General Manager, Tom Kiely, elaborates, “Black Paw Blackberry Hard Seltzer is Thorn’s answer to a beverage which is typically plagued by artificial flavors. It contains blackberries, which gives it a deep-red color and real fruit flavor but it’s still very light at 5% ABV and 115 calories (plus its gluten-free). It’s a delicious alternative to the chemically tasting seltzers you’ve been forced to endure.”

Thorn Michelada is 4% ABV and is also thoughtfully made. Using our Barrio Lager as a base and a house-made michelada mix created by our brewers, this beer is a refreshing kick to your tastebuds.

The michelada was a bit of a passion project for many of us here at Thorn. We love Mexico and traveling down through Baja to enjoy the people, food, beer, culture, and surfing. These trips were many of our first introductions to micheladas as well as Ensenada-style Mariscos.

When asked about what went into the michelada mix, co-founder and Director of QC/QA and Research and Development, Eric O’Connor, said, “We didn’t like that so many of the michelada mixers and other common michelada ingredients such as Clamato, contained things like MSG, high-fructose corn syrup, food coloring, and other artificial additives. We decided to source better ingredients. We are using tomato juice with no sugar added, real clam juice (not powder like Clamato uses), real lime juice, no food coloring, Ponzu instead of Maggi seasoning to avoid the MSG, as well as top-shelf Worcestershire sauce which contains no high-fructose corn syrup. We are passionate about our products and wanted to put out the best craft michelada possible.”

So there you have it, the two newest and freshest beverages from Thorn. Which one do you want to try first?