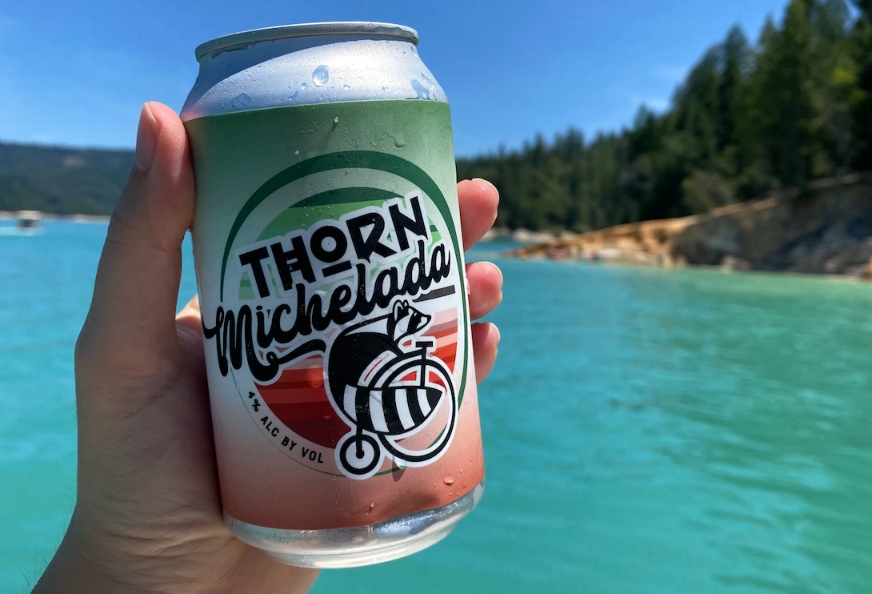 Micheladas are having their craft moment! The refreshing beer cocktail that was created in Mexico is now a staple in bars, restaurants, and brunch spots around the world. Mexican lager, mixed with hot sauce, citrus, tomato juice or Clamato, and other savory spices packs a bold punch to your tastebuds. While similar to a Bloody Mary, it’s lighter in alcohol and body and easy to drink any time of the day.

Micheladas have been around for a number of years, but their origin story is a little murky. There are two main stories that pop up when researching the history of micheladas. First of all, cerveza preparadas (prepared beer) have been around since the 1940s in Mexico and consist of beer, tomato juice, and hot sauce. The name Michelada is said to have come from one of two things. The most popular idea is that Michelada comes from the words “mi chela helada.” “Chela” is a slang term for “cold beer” in Spanish and “helada” means frost or ice cold. So the loose translation for Michelada would be “my ice-cold beer.”

The other story associated with the origin of micheladas is rooted in a famous sports club in Mexico, Club Deportivo Potosino, and one of its patrons, Michel Ésper, who used to order his beer with lime, salt, ice and a straw in a large goblet called a “Chebala.” People at the club started asking for their beers the same way, and the term “michel-chebala” became shortened to michelada. This was said to happen in the 1960s so, at this point, the cerveza perparadas had been around for a while, but possibly the presentation was what made this new version stand out.

My first experience with an authentic michelada was in Rosarito in Baja, Mexico, about 10 years ago. I ordered a michelada and was served a beer alongside a glass with ice, some hot sauce, lime, and a salted rim. While this was delicious, I was expecting something heavier on the tomato juice-side like the ones that were popping up in San Diego. When I inquired about where the Clamato was, the server kindly told me that what I wanted was a chavela, not a michelada. Chavelas in Mexico, or at least in Baja, are closest to what Americans have come to know as a Michelada. Usually made with Clamato, tomato juice or V8, seasoned with hot sauce like Tapatio or Bufalo, lime and served over ice with a salted rim and some sort of pickled garnish, the chavela was perfection.

A chelada, is not just a nickname for a michelada. Traditionally, it’s simpler, the chelada is basically, lime and salt in a beer, ingredients which have been Mexican lager accompaniments for quite some time.

Convenience in a Can

Newer to the Michelada scene are canned micheladas. While some of us have been carrying around Tajin, Worcestershire, hot sauce, and clamato with us in a cooler when wanting to enjoy a michelada out and about, canned micheladas make it even easier for people to enjoy the bold and savory beer on-the-go. In fact, canned micheladas (mostly, if not all, made by Big Beer) have done very well over the last couple of years. In 2019, sales of canned micheladas reached $440 million and Constellation’s Sol brand grew by 30%. The demographics where micheladas are growing the fastest are women, Hispanic drinkers, and people who drink hard seltzers and other FMBs, with women making up 60% of those that drink Sol michelada.

For those of us looking for a higher quality beer beverage (and one that doesn’t line the pockets of Big Beer), there are only a few craft micheladas out there on the market at the moment. In California, Black Market Brewing out of Temecula has Ojo Rojo and SLO Brew’s Tio Rodrigo brand both put out craft beer micheladas in 16 oz cans. Here at Thorn, we just released our own Thorn Michelada in a 12 oz can throughout Southern California. Using high-quality ingredients (clam juice, tomato juice, lime, Tajin, Ponzu, hot sauce, Worcestershire, cumin, and black pepper) and our Barrio Baja-style lager, our Michelada has quickly become a fan-favorite.

One of the tastiest ways to get creative with canned micheladas is by seasoning the rim. Using Chamoy (a salted, pickled, sour fruit paste), Tajin, and more, you can easily next-level your michelada. Here in San Diego, we have La Diabla (we use the rim pastes for our glasses on in-house micheladas), available in local stores, and also El Padrino which is available through delivery on their IG page.

Now you are armed and ready to brave the world of Micheladas whether you are making your own or grabbing them to-go in a can. Viva la Michelada!