Shining a Light on the Beer Industry 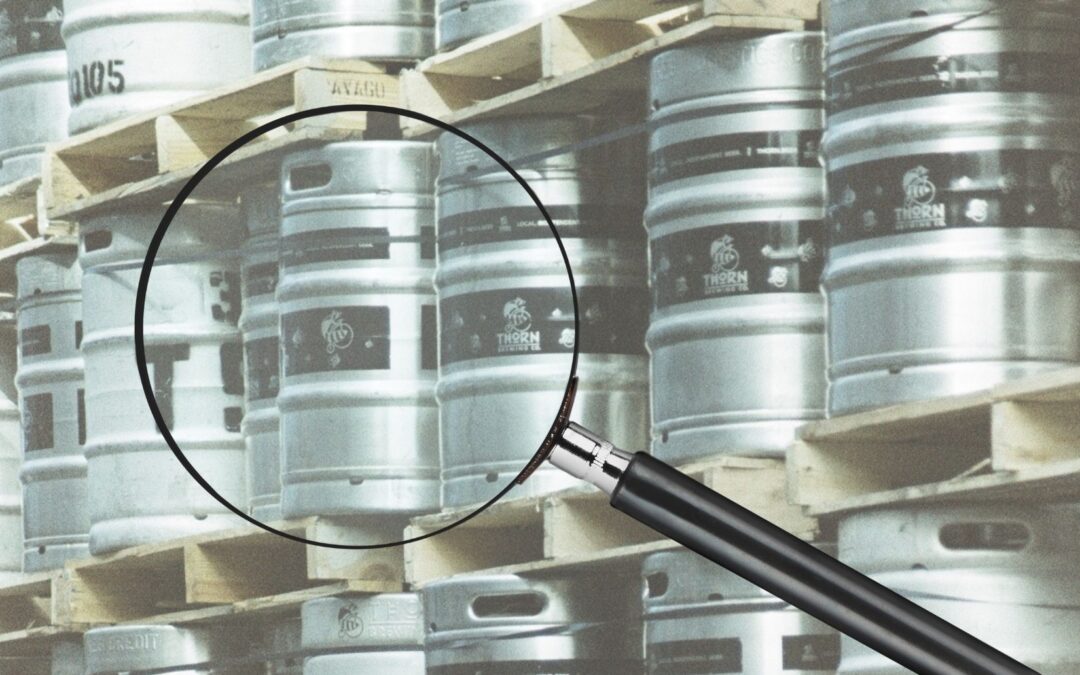 The U.S. Treasury Department recently was asked to assess the American beer, wine, and alcohol industry in an effort by the Biden administration to promote fair competition within the U.S. economy. The results of their investigation highlighted that while we are at a record high number of breweries in the U.S., only two brewers account for 65% of the market based on revenue. Those two breweries were Anheuser Busch and Molson Coors and they’ve held this dominating position since 2008. While this is no surprise to most of us in the craft beer industry there were a couple of illuminating points that came out of the 65-page report.

There were two major trends that came out of the investigation. First, the report found that the American beer industry has experienced significant growth, particularly in small, craft breweries. In 1970 there were just 89 breweries operating in the U.S. Today, we have more than 6400* breweries, according to the U.S. Treasury. This first trend seems obvious to anyone who has been drinking beer in the last 30 years but the second trend they found is that even with this significant growth of small and craft breweries, there is more consolidation within distributors.

The issue with consolidation within the distribution segment, or any segment really, is an issue of anti-competition. Alcohol distribution can fall prey to the same issues that arise when breweries consolidate (aka Molson Coors/Miller Coors deal) which this report found, “Studies have shown direct links between major brewery mergers and an ability to raise prices in the markets in which they compete.”

However, distribution companies that aren’t producers themselves don’t have to follow the same anti-trust rules that say, Anheuser Busch does. This brings us to Reyes Beer Division which is the biggest distributor in the U.S. worth more than $12B and bringing in more than $30B in sales with 30,000 employees. For perspective, MolsonCoors has 17,700 employees worldwide, and Anheuser Busch employs 19,000 people in the U.S. total in all of their areas of business. Reyes has been gobbling up distributors over the last number of years, and in California alone, distributes 43% of the beer. In fact, in the last 3 years, Reyes has bought up 10 distributors in CA and doesn’t show any signs of slowing down. Here in San Diego, Reyes owns Crest distribution.

This is concerning because anti-trust laws prohibit breweries like AB from wholly owning more than 5% of its distribution, but there is no law limiting how many distributors Reyes can own. Even though the TTB actively enforces the FAA Act’s competition provisions, complaints are common that focus on exclusionary behavior by distributors focusing on shelving, slotting, and other preferential practices. With Reyes growing at the rate it is, the issue of fair competition in distribution is not going anywhere.

Out With The Old Laws

Another issue highlighted in the report is that the Federal Alcohol Administration Act’s competition provisions which were created in 1940, are still in use today. The Treasury Dept found that not only do they seem to be ineffective in stopping exclusionary and discriminatory behavior by distributors, large producers, and retailers, but they are most likely antiquated being that they were put into place to inhibit overconsumption and combat problems with organized crime, both of which were likely more serious issues in the 1940s. While in theory, these laws minimize the potential for unfair business practices, according to this report, they are ineffective and instead stifle competition and lead to price increases for consumers.

Additionally, some of the regulations and laws were found to inflict a disproportionate burden on breweries classified as small to medium-sized without being able to justify those laws based on the prevention of anticompetitive behavior or in the name of public health. Some of the rules that were highlighted as being burdensome without an equally corresponding benefit were “labeling preapproval requirements, bottle size restrictions, mandatory classification of beverages, and complex application requirements to qualify for a permit to produce alcohol.”

The U.S. Treasury Dept did outline some recommendations in their report :

“We encourage the DOJ and the FTC, which have contributed to this report, to continue to vigorously enforce the antitrust laws, while continuing to examine their approach to horizontal consolidation and to evaluate the effectiveness of their remedies in the alcohol markets. In addition, we encourage:

1. the DOJ to consider the effects on distribution stemming from the acquisition of craft brewers by major brewers.

2. the DOJ and the FTC to apply particular skepticism to claims of efficiencies, and particular attention to concerns relating to coordination, in assessing mergers and in considering revisions to merger guidelines.”

While none of this is particularly surprising to people within the industry, it’s ultimately a step forward to have a spotlight being shone on the issues by the Federal Government. While this report highlighted issues that we have been seeing anecdotally in our industry for quite some time, it will remain to be seen if there are any teeth to this report. In their recommendations, using phrases like, “continue to examine,” “encourage DOJ to consider” “encourage the DOJ…to apply skepticism,” doesn’t offer much hard-hitting language to push for change. At least there now has been an official report on the books that highlight the issues we have seen and continue to see, as a first step in creating more fair competition in the beer industry.

*Sidenote, the Treasury Departments number of breweries in the U.S. looks quite a bit different from the most recent numbers put out by the Brewers Association which puts our brewery number at just under 9000. This could be that in the BA’s number they count taprooms that don’t produce beer as breweries because after you take those out, the numbers are about what the U.S. Treasury found.