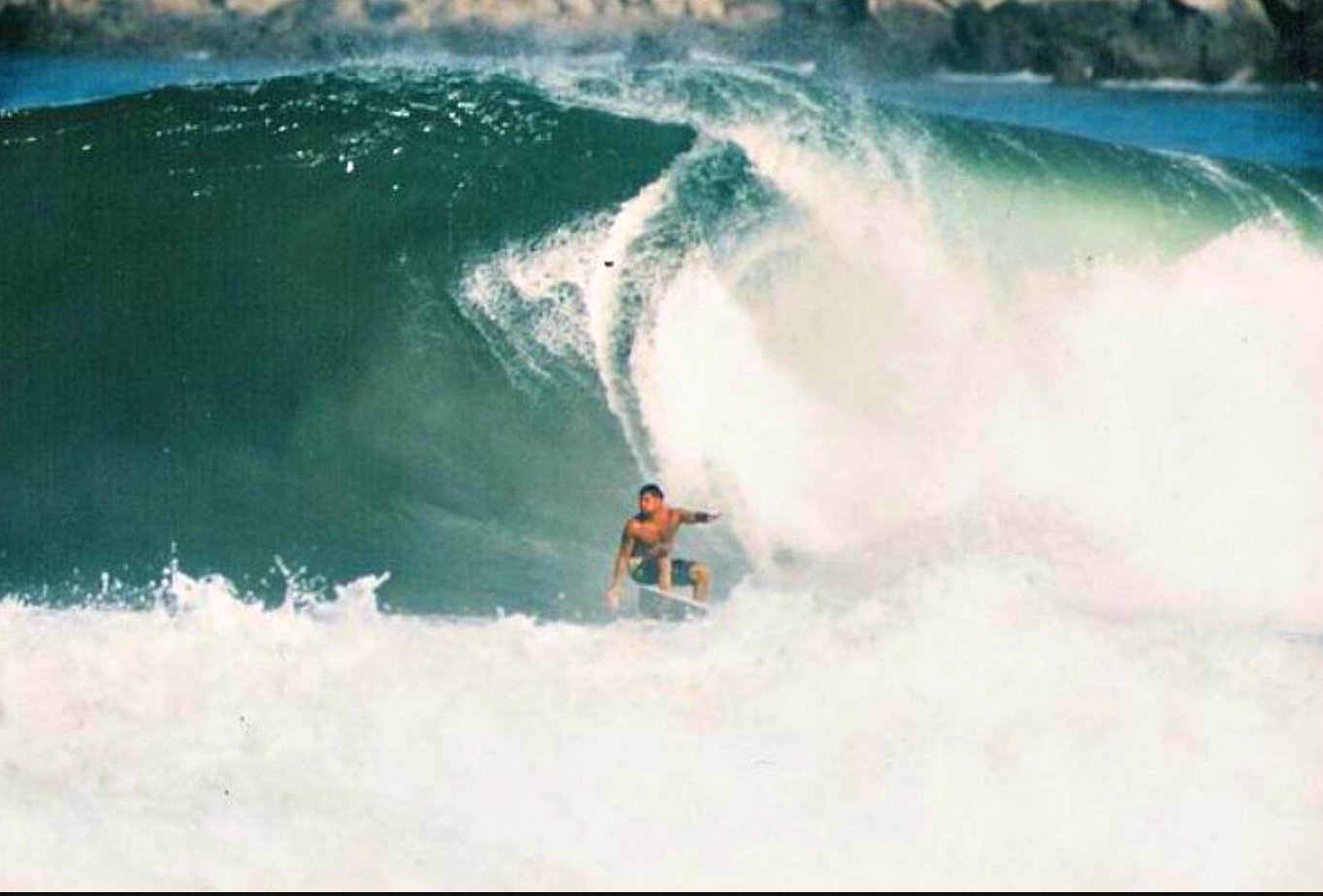 Here at Thorn Brewing, our people are just as important to our success as the quality of our beer. We take great pride in how we serve our customers, how we create the beers and also we get excited about our Tribe’s successes outside of the brewery.

Coming up on May 12th, Scotty Kaplan, one of our founding brewers and OG bartenders is competing in the Shaper Festival of Surfing presented by Vans. The Shaper Surf Festival is a unique competition because all competitors are riding on boards that they shaped themselves. This is the 5th annual fest and promises to be the best one yet.

Recently, we caught up with Scotty behind the bar at Thorn North Park and got a chance to ask him some questions about how surfing and beer have shaped his life.

1. When did you start surfing?

I grew up in Long Island New York a few miles from the beach. I started bodyboarding when I was eight and in a short time, I was standing up on my bodyboard. When I was 13, I entered the North East bodyboarding regionals and got third place. After the contest one of the judges came up to me and said, “Great job kid, tell your dad to buy you a surfboard you are ready!” I conveyed the message to my dad and on the way home from the contest we stopped off at Bunger Surf Shop and I was able to pick out my very first surfboard, a used 7’6″ Bahne. From then on I was hooked. 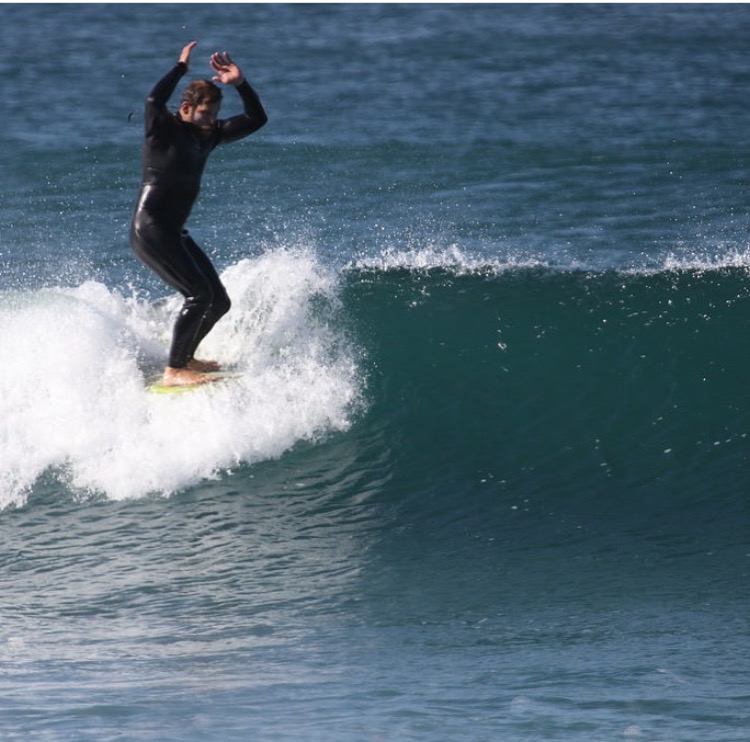 Back then, I didn’t look at surfing as a competitive sport because it was more about camaraderie. Surfing in a NY winter in 37° water and 2 feet of snow on the ground required a certain mindset. If you found somebody as dedicated and as crazy as you, who was willing to endure the elements, you wanted to be friends with that person. When I was 16, I worked at a surf shop, Lido Surf, and Sport. The owners at the time wanted to push the young talent and the sport of surfing in NY. They organized a shop contest and I unwillingly entered and lost in the first round.
That would be the last surfing contest I entered until roughly 24 years later when in 2016 I get a text from my friend saying he entered me in the OB Surf Classic and he paid my entry. I didn’t really want to surf in the contest since I was more of a soul-surfer but I didn’t want to chicken out. For shits and giggles, I surfed in the contest and got second place. I was stoked!  I was determined to return the following year and win the 2017 Ob Surf Contest. I entered and won the 40+ longboard division. A month later, I entered the Shaper self-shape surf festival open longboard division. Luckily, I squeaked out another first place win. A couple of months later, I entered the Takayama Pro-am. I lost in the first round to one of my favorite surfers, Andy Nieblas. I was slightly bummed out but also determined to win at the pro level so I spent the last year of working on new moves, style, dialing in my equipment, and physical conditioning. Now, I’m 25 lbs leaner, 41 years old, and when most people have plateaued, I am progressing at the fastest rate in my life.

2. When and how did you start working at Thorn?

I started working at Thorn Street Brewery in December of 2012 when it first opened. I got hired on as one of two assistant brewers. After hard work and on-the-job training, I became the head brewer. I had homebrewed before working at Thorn, though. Inspired by Ale Smith’s Speedway Stout, I brewed my first homebrew batch in 2008. I don’t really homebrew anymore but I have been known to dust off my brewing-boots and brew a small batch at Thorn now an again.

3. Is Brother Scotty’s IIIPA your recipe?

Brother Scotty’s is not my recipe, exclusively. Just named after me in honor of the hard work and dedication to the craft. Also, Brother Scotty was the last beer that I brewed as the head brewer at Thorn Street Brewery. Now, I am the friendly face behind the bar so that I have more time to shape boards. Many of the beers at Thorn were created by a couple of brewers putting their heads together and trying to make the best beer possible. Two great minds are better than one.

4. When and why did you start shaping boards?

As a kid, I was inspired by a local shaper named Paolo Bianchinotti. I was his first team rider. I moved out to SD in 1999. A few years later, Paolo also moved to SD. Fortunately for myself, he took the time out of his day to show me some of the basic surfboard shaping skills. I shaped my first surfboard in a little shack I built on the side of my house in PB in 2002. Now that I reflect on that shape, The rails were asymmetrical, not by design, and the rocker was slightly off, but the board rode magically because I made it with my own hands. 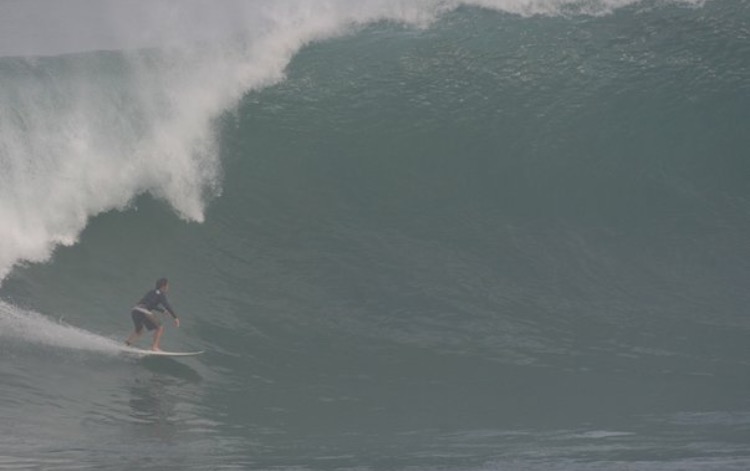 5. Why is the Shaper Fest important to you?

The 2018 Self-shape surf contest is special to me because I was given the opportunity to surf a surfboard I handmade and a fin I designed against some of the world’s best surfing shapers.
I am bringing two boards to the contest this year. A 9-foot performance longboard which can be ridden as a tri-fin or a single fin and a 96 single fin spoon just in case the waves are small.

6. Are there any similarities to surfing and craft beer?

There are a few similarities between surfing, shaping boards, and brewing.
First, if you want to be good, you have to put the time, hard work, and determination.
You also have to be creative. Plus, after a good surf session, there is no better way to relax than watching the sunset and drinking a good beer.

7. What do you think the future holds for you and surfing?

Hopefully, I can do well in this surf contest and prove to the world that my surfboard designs work at the highest level. If somehow this year I fall short, I’ll be back next year even more determined with new moves and a more developed surfboard.

This year’s Shaper Surf Fest is shaping up to be the best one yet! There will be food from Shake Shack and Hello Betty Fish House and live bands all day long, including:

If you’re a fan of surfing, the Thorn Tribe, or just want a fun day at the beach, come on out to the Shaper Surf Festival on May 12th!