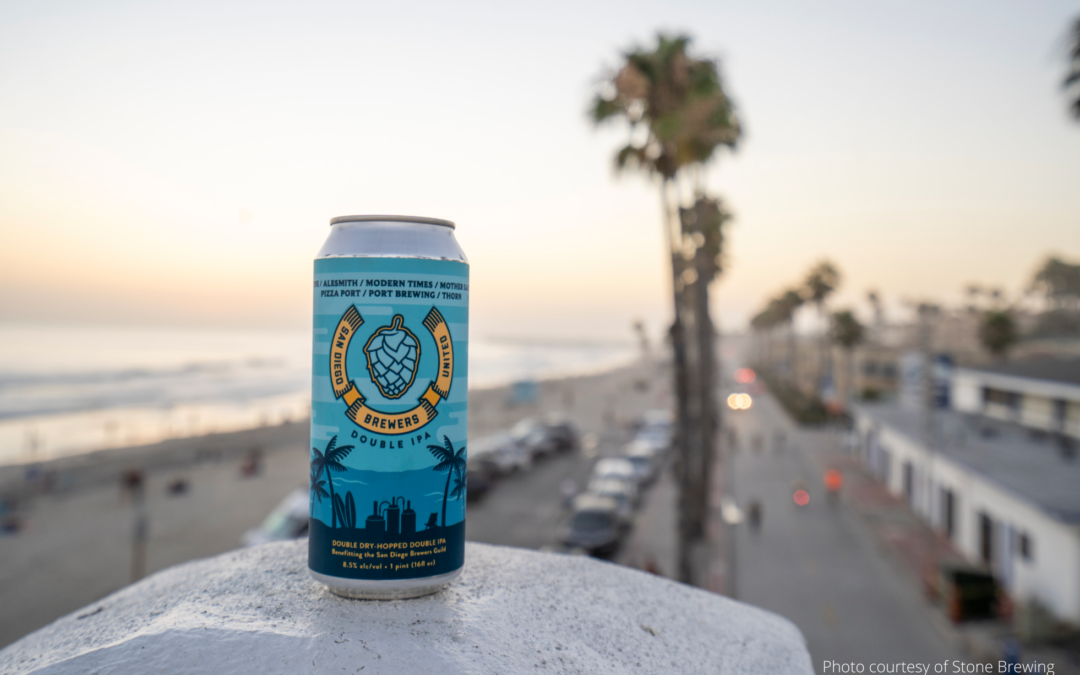 It’s no secret that craft breweries are struggling right now. The shutdowns and restrictions due to COVID-19 have negatively impacted craft breweries’ ability to sell beer and in many cases, stay open. Smaller breweries with little to no packaging in cans or bottles were hit hardest when most restaurants and bars shut down. It’s estimated that about 40% of craft breweries’ sales come from keg sales while that percentage is cut in half for corporate breweries, which only keg about 20% of their beer.

While many craft breweries have pivoted and switched over to canning or bottling nearly all of their beer, this comes with its own issues, mainly the fact that we are facing a very real can shortage, that could further impact breweries’ ability to stay afloat.

That being said, there are a few groups that are incredibly important to the mission and health of the craft beer community that are also being cut deep by the COVID crisis; craft beer trade groups.

Trade groups such as the Brewers Association (BA) and the California Craft Brewers Association (CCBA) are organizations that work at a legislative level to advocate for the rights and policies that help craft breweries. Here in our back yard, the San Diego Brewers Guild (SDBG) serves as a conduit for San Diego breweries as well as helps serve as a unified voice with the CCBA. While all three are non-profit groups, they still need money to operate as an institution as well as to do the much-needed work that they do or craft breweries. The main way that these organizations raise money is through events like beer festivals. While they also collect fees from breweries that are part of their organization, those fees are minimal as to be affordable to every size brewery. They make the bulk of their money through thousands of beer fans coming together at events like the Great American Beer Festival (GABF), the World Beer Cup, and even closer to home, The San Diego Guild Fest and Rhythm and Brews Fest.

At GABF, for example, tickets are usually $85 per session per person with about 60,000 people attending over the four sessions at the 2019 beer festival. That comes out to about $5.1 million in gross revenue from one GABF. Taking into consideration the costs of running the event, and using the numbers given to us from people who have put on (albeit much smaller) festivals it comes out to about 38% of the overall revenue goes back into putting on the festival. Using those numbers, the Brewer’s Association is missing out on approximately $3 million this year due to not holding an in-person beer festival. Add that to the loss from the 2020 World Beer Cup that was canceled in April and you can see how they would really be hurting right now.

That struggle became even more apparent when the Brewer’s Association announced that it was forced to lay off 35% of its workforce in two lay-offs that happened in April and June including Julia Herz, who is considered to be “the face of craft beer” and had worked more than a decade to bring craft beer to the forefront it’s at today.

At a national level, the BA has worked to organize support and educate legislators on the needs and benefits of a thriving craft beer community. In 2019 they formed a Brewers Association PAC that works to support candidates for federal office who understand and support independent craft breweries. One of the issues they are working right now concerns the Craft Beverage Modernization and Tax Reform Act. In 2017, Congress passed a law (CBMTRA) that lowered the federal excise tax for small breweries and is set to expire in December 2020. In order for this tax break to become permanent, we need wide support in Washington and the BA is working tirelessly to get the support needed.

On a state level, the CCBA is an important part of the craft beer puzzle because of the work they do to protect craft beer from the very deep pockets of big beer and powerful wholesale distributors, many of which are owned by big beer. If big distributors had their way, California would still be operating under the restrictive system that many other states still operate under, where smaller breweries aren’t allowed to distribute their own beer at all and must instead always use a distributor, who takes about a 30% cut of the beer that they distribute. This is a huge barrier to entry for many small breweries in these states and one that was done away with because of the work that the CCBA did on craft brewers’ behalf. The CCBA has also worked advocating for craft breweries by helping to push through a bill that allowed breweries to have a pop-up food caterer without having to conform to the large list of health code regulations that were required previously. They also pushed for the loosening of rules in regard to the use of images on social media when mentioning a licensed retailer.

During COVID times, they fought for us to be able to deliver our own beer (previously only allowed by a 3rd party) and to be able to stay open by converting tasting rooms to restaurants by partnering with onsite food vendors and food trucks.

What can you do?

With these challenges facing trade groups in our industry, there are a few key ways that you can help support these organizations.

The easiest way you can support these organizations is to buy beer from your local craft breweries. By keeping breweries in business, they are able to pay their much-needed dues to the trade groups as well as support them in other ways. So you can help out just by going to your favorite tasting room and grabbing a 6-pack or a pint. We’ve got a long road ahead to get through the next year so we truly appreciate any support that people can give.