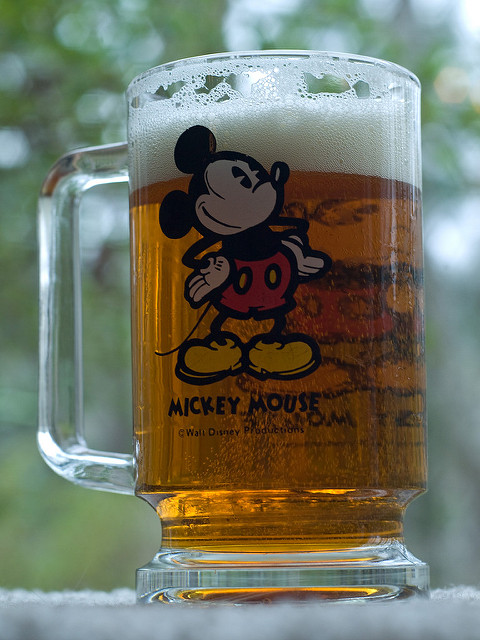 We thought it would never happen, but sometimes change is necessary and in this case, ‘fairytale dreams do come true.’ That’s right, Disney just bought TSB for a cool $10 million and although there will be some changes around the brewery, we think you will be excited about the magical upgrades.

To start with, TSB will be turned into a Disney “theme” brewery. That means every few months there will be a complete overhaul to change everything, which might mean we will shut down randomly during this time, with little notice to which part of the brewery will be shut down. Our first theme is going to be Disney Princesses, so get ready for the magic! For starters, we’ll have a life-size Rapunzel tower built through the open roof in the back room which you get to climb up holding real, human hair. We also will feature a trio of trained Cinderella mice who will mend and/or hem your clothes for an eighth of “the good cheese.”

All of our beers will be re-named after characters from Disney movies on a rotating basis. This way you will never know which beer you are ordering…how exciting! Examples from some upcoming beers are “Ariel’s Sea-Bottom Ale,” “Belgian Blonde and the Beast” and “Cinderella’s Wit” which you will only be allowed to order if you foot fits into our glass slipper.

To create a feeling of joy and excitement, TSB staff will dress to the theme and break out in song when asked to by patrons. Beer-tender Jason Stanley will be our lead vocalist, so please don’t be shy in asking him to sing for you. First up, is the classic Snow White with beer-tenders wearing prince and princess gear down to the wooden shoes and brewers uniforms that are based on the seven dwarves because, well you know, heigh-ho, heigh-ho, it’s off to work they go! Although we couldn’t reach any of our beer-tenders or brewers for comment, we are confident they are excited about the new immersive experience we are trying to give our patrons.

We know that all of these changes seem sudden, but we couldn’t be happier to be embraced by the Disney family and given the opportunity to feature our beer at their parks. In fact, when asked for comment, Mickey Mouse said,

“Hot dog, hot dog, hot diggity dog! Now we got beers, it’s time for cheers!” He went on to say, “No, seriously, the beers we have at California Adventures are swill. I couldn’t drink that shit one more day so I told them I would walk if they didn’t get me some decent craft beer.”

When we reached out to Donald Duck for comment he was less enthusiastic than Mickey. “Beat it! Scram! Beer sucks! I look at you and think why has no one hit you with a shovel yet?” Who knew Donald was a whiskey duck?

In keeping with the theme-park idea, we still start “offering” a day pass or an annual membership fee to patrons. Although the annual membership will always save you money, please be aware that there are many black out days throughout the year including, Beer Week, any USA soccer game, Nomad Donut pairings, Pints for Pups and all summer weekends.

By Ralph the Raccoon