Say Yes to Craft Beer in the Can 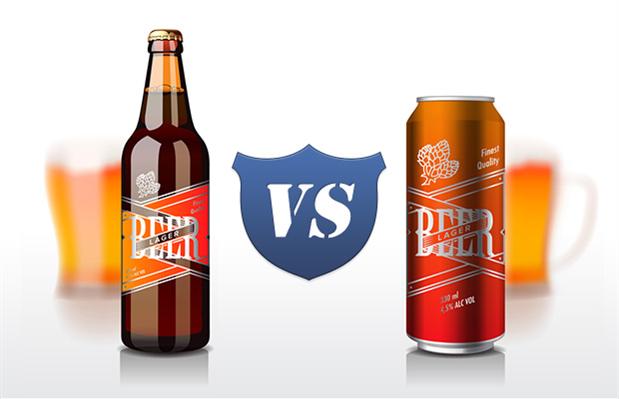 Whether or not beer is better in the bottle or the can is a hotly debated issue among craft beer enthusiasts. There is no denying craft beer in cans have been sweeping the industry since they broke out of their mass-produced, beer rut after being seen as lower-brow than bottles for years. More and more breweries are offering their beer in cans along with bottles, and many breweries are choosing to only can their beer. With so many “can” puns available to us, let’s take a look at some of the real reasons why getting it in the can is better…

First let’s break down the love affair that many breweries have with cans. There are two main reasons why canning might be chosen over bottling for a beer. Cans are better for the environment for a few different reasons. They are lighter and more compact to ship than bottles, allowing for more to go in each shipment and requiring less fuel to move them. This lowers transportation costs as well as their impact on the environment. Also, cans are recycled at a much higher rate than bottles. Cans contain on average 40% recycled material compared to the 27% average in bottles.

Another reason why many breweries have moved to canning is that cans are a superior package to bottles when it comes to the beer. Head Brewer here at Thorn Street Brewery, Scott Smith, explained it simply, “No air, no light, cans just better for the beer.” Light and oxygen are two factors that play a crucial role in the flavor of the beer, so if they are better controlled with canning, then that means less waste and less of a chance that someone’s going to get a skunked beer.

Consumers have been embracing the craft beer in a can trend because they are lighter, stronger, and can be taken places like beaches, pools, golf courses, and parks with less of an issue than bottles. But does the beer taste the same? Smith says, “Yes. It tastes exactly the same.” Blind taste tests that were done pretty much agreed, but when the tests were not blind, some drinkers tended to perceive a bottled beer tasting better than cans.

Tell us what you think about beer in cans vs. bottles? Do you have a preference? Do you taste a difference and are you ready to take it in the can?