How Covid-19 is Changing the Face of Craft Beer 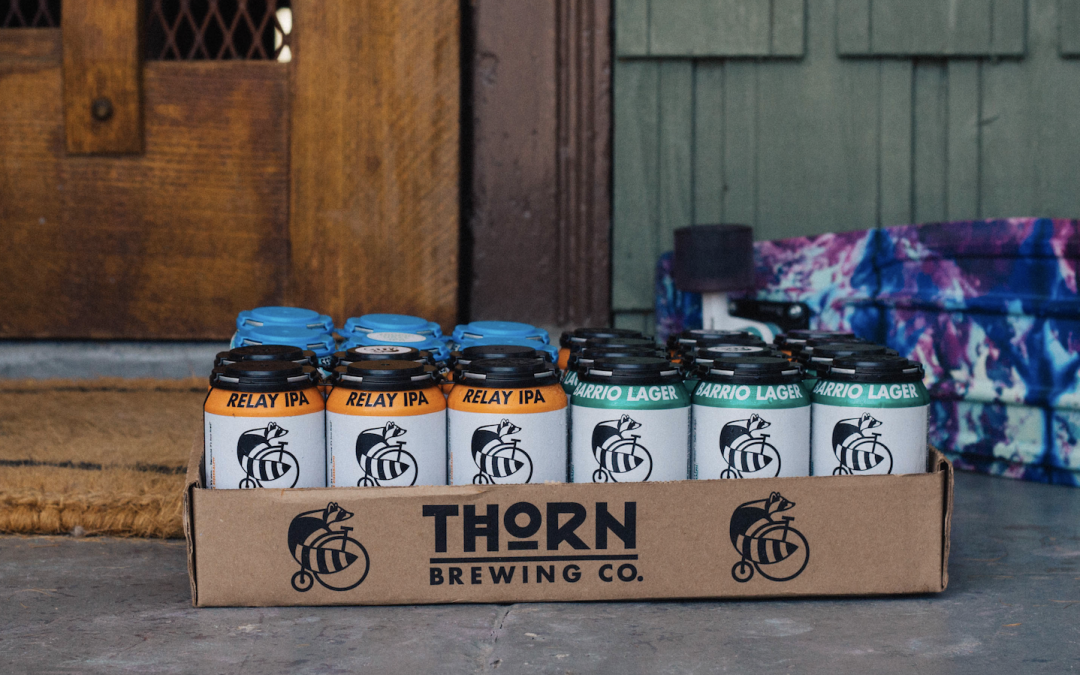 The craft beer industry, like many industries, has been reeling from the effects of the Covid-19 pandemic while struggling to adapt to new restrictions and laws. Breweries of all sizes are feeling the pain but smaller breweries are especially hit hard.

Not that long ago, regional breweries were struggling to see sales-growth as small, hyper-local breweries were soaring. We’ve written about this issue in previous blogs like “XL Craft Beer…”, and “Too Big for Craft Beer?” In both pieces, we discuss how larger regional breweries were losing sales because they weren’t able to compete with the new and cool beers coming out from hyper-local breweries that have been popping up in neighborhoods. They were also struggling because of the competition from Big Beer on the other end which dominates in the high-volume on and off-premise chain business. In fact, it was a general industry consensus before the pandemic that breweries should put their money into opening up satellite tasting rooms and build their fan base through these neighborhood spots rather than opening big production facilities and jumping into heavy distribution of kegs, bottles, and cans.

Now, post-Covid19, having a distinct distribution print, a production facility to can or bottle, and having accounts already up and running is what’s allowing some breweries, including these bigger regional breweries, to be able to produce and sell beer during this time.

Smaller breweries who don’t can or bottle are in the toughest position right now. The CCBA released a survey last month where they found that responding breweries sold an average of 50% of their beer through tasting rooms. Additionally, they sold another 20% through local restaurants and bars. If they rely mostly on draft sales there is no money coming in. Many have been completely closed down, even ceasing beer production over the last few months. Others are creating walk-up windows, beer drive-thrus to and offering curbside pick-up. Some are hiring mobile canning companies to can their beer so they can continue brewing, offer can releases, and utilize one of the newest options that the ABC has allowed for breweries which is beer delivery, direct to consumer.

Previously, it was illegal to deliver beer directly to a consumer. In fact, everything on this list was not allowed by the ABC and was amended to be allowed after Covid-19 hit:

The Department of Alcoholic Beverage Control previously suspended enforcement of the following legal prohibitions on a temporary basis:

Here at Thorn, we have taken advantage of a few of these loosened restrictions, most notably we started offering a beer delivery service as soon as we were able to. So far, it’s been a great success. People are drinking beer while stuck at home, they enjoy getting it delivered right to their door and they also like to support their local breweries.

Obviously, our overall sales have taken a significant hit with the closing of our tasting rooms and on-premise sales (bars and restaurants) dropping to nearly zero, but our ability to utilize these loosened rules has allowed us to keep a steady stream of revenue into our brewery. We have been brewing and have transitioned to 100% of our beer going into cans vs. kegs. It’s also allowed us to keep some of our staff employed, safely. Working in a large brewhouse, our brewers have been incredibly successful in being able to socially distance while still keeping our tanks filled. Brewhouses are generally clean spaces anyway so adding on extra sanitizing efforts and cleaning policies has been quite seamless.

Another way that breweries are working to create a craft beer experience for their consumers at home through Virtual Beer Fests. San Diego Beer Fest was one of the festivals to jump into this new offering. Their SIP (Shelter In Place) Virtual Beer Fest is set for June 20th and includes 12 beers shipped to you from 12 different San Diego breweries along with brewery videos, bands, cooking with beer, celebrity cameos and more. Rock Star Beer Festivals is also holding virtual fests with one set to happen this Saturday that is already sold out, so demand seems to be high. Thorn is taking part in this new style of beer fest and we are excited to see how it goes. Virtual beer fests may lose a little bit of their “buzz”-worthy, in-person charm, but they are still able to create a new beer experience for people that is both interactive and inclusive.

While the San Diego craft beer community has definitely taken a hit from the shutdown due to Covid-19, we are going to survive. Unfortunately, some of your favorite breweries might not return when we are allowed to open tasting rooms again, but so many others are hanging on and doing the best they can to keep brewing the beers you love. One thing is certain, things will change as we move through this next phase of reopening. Even when tasting rooms open back up they are unlikely to be able to function at the degree they were as revenue-generators for breweries. We just got the green light from the state to open tasting rooms in a modified way so we will keep you updated as to how and when we will be open again. Hopefully, the ABC will continue to allow these formerly restricted avenues for business so that breweries can continue to use them to create revenue during these uncertain times.